Apple would have liked you to associate August 2020 with it reaching $2 trillion in valuation, its new iMac launch, or with its Apple Music radio revamp. Unfortunately, it did also get into a little scrap with Epic Games which will take years to resolve in full.

Throughout August, it was practically impossible to avoid hearing Epic Games’s decrying about Apple, Apple’s decrying of Epic, and countless pundits weighing in one side, the other, or occasionally both. Both sides seemed immediately intractable, yet the points and the disagreement moved about a lot while still staying fundamentally the same.

You can check out the story so far in our continually updated story about just who has said what and where it’s all got to. Or you could listen to our special correspondent, Steve Jobs.

Watch this minute from the D8 conference in 2010. For the most part, Jobs described this dispute that would arise ten years later.

Ten years is a long time and the world has changed since Steve Jobs said this. Everything he said is broadly the same, everything about Apple’s position is still spot on, but now it’s not just one developer complaining. Right or wrong, championing the consumer or jumping on a bandwagon, everyone who can line up against Apple is lining up against Apple.

Since the key to the dispute is concerned with the cut of profits Apple charges developers, it is chiefly developers who are complaining. But alongside the small and the medium-sized developer, there is now also Microsoft — in the form of the company’s official position but also with founder Bill Gates taking a swipe at Apple.

There is also Facebook’s Mark Zuckerberg calling Apple “aggressive,” and saying with a straight face that its “unique stranglehold as a gatekeeper… blocks innovation, blocks competition.”

It’s not as if Apple is exactly laughing all the way to the bank about the App Store or the dispute with Epic Games, but it must’ve had a chuckle or two as it became the first US company to hit a $2 trillion market valuation. Some people thought Tim Cook would struggle as Apple CEO, but good luck finding them today. 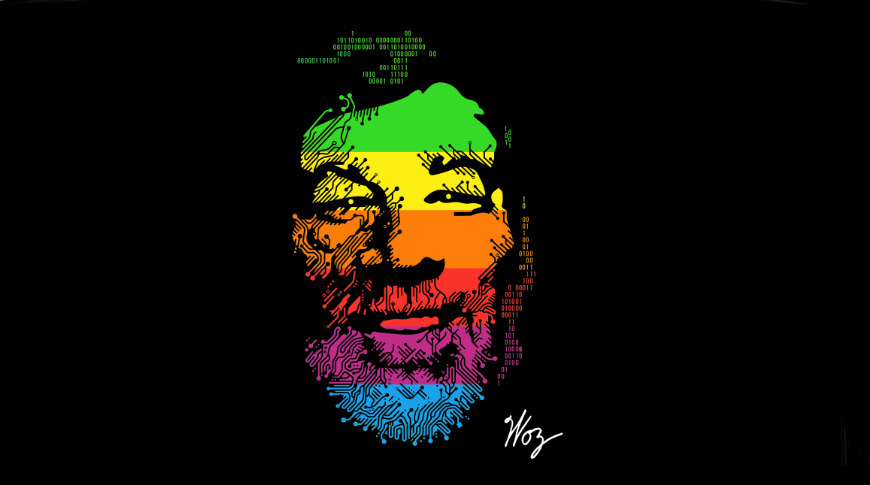 Artwork for the celebration of Woz’s 70th.

You can be sure that Cook would put Apple’s success down to the people who work there, more than any particular service or any particular product. And throughout August we had evidence of how certain people have always been key.

So alongside his own income — and his donations to charity — there were reasons to celebrate Apple people. On August 11, you were cordially invited to attend Apple co-founder Steve Wozniak’s “surprise” 70th birthday.

And Phil Schiller had his long history with the company recognized as he became an Apple Fellow.

“It has been a dream come true for me to work at Apple, on so many products I love, with all of these great friends — Steve [Jobs], Tim [Cook], and so many more,” he said. “I first started at Apple when I was 27, this year I turned 60 and it is time for some planned changes in my life.”

“I’ll keep working here as long as they will have me, I bleed six colors,” he continued, “but I also want to make some time in the years ahead for my family, friends, and a few personal projects I care deeply about.”

Curiously, August saw a hardware release that was simultaneously great and not that important — and a minor software update that was huge, at least for certain people. The hardware was a revised 27-inch iMac and in any other month, it would be getting rave reviews.

It got pretty rave reviews in this month, too, but hanging over it was the fact that Apple Silicon is coming. This new iMac may well be the final Intel-based one, so for all its much improved specifications, optional improved screen, improved everything, you have to hesitate before buying it. 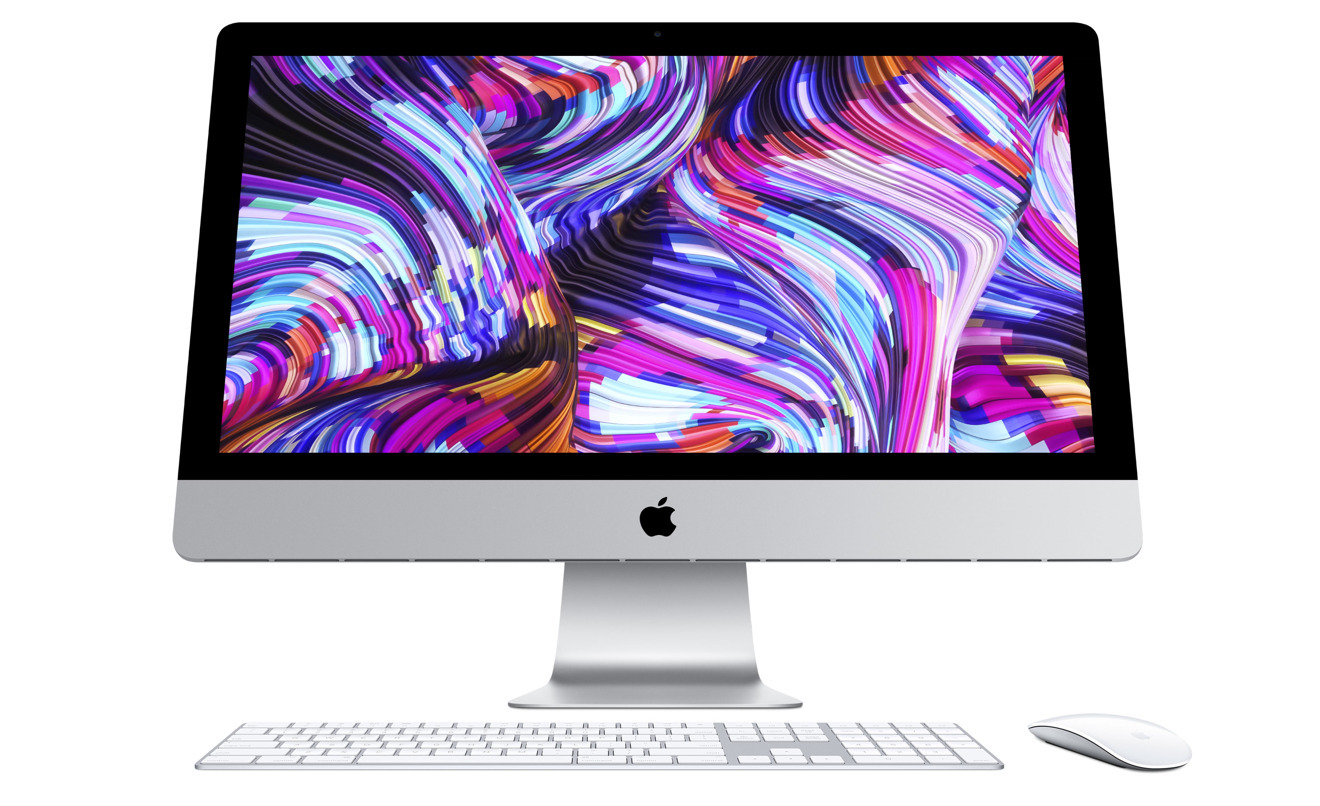 The new 27-inch iMac is superb. Although it’s also based on Intel, not Apple Silicon.

There was also a revision to the 21.5-inch iMac, but even Apple didn’t claim it was significant enough to call it a new model. The sole thing that has changed is that there is no longer an option to buy one with a spinning hard disk.

Instead, every configuration comes with an SSD drive, starting with a 256GB one. Finally, Apple has removed its last spinning drive and now the 21.5-inch iMac is still too small, too underpowered next to its 27-inch sibling, but at least it’s got faster storage.

It looked as if the update to Apple’s video editing software Final Cut Pro X would be a shrug, too, as it leaped from 10.4.8 to 10.4.9. That’s not even a point update, it’s a point-point update, and yet it was far more significant and useful than it seemed.

That was partly because Final Cut Pro X 10.4.9 comes with settings to help you rapidly change video formats to fit the various demands of different social media platforms. Although speaking of social media…

Right at the start of the month, President Trump announced that he was planning to ban the Chinese-owned social media service TikTok. It seemed to be news to the owners of TikTok who froze with a sandwich halfway to their lips.

Over the next few weeks, we got a steadily increasing certainty that the service, and others including WeChat, will be banned but we didn’t get much detail. And whether you agree that TikTok is in some unspecified way a threat to America or not, the devil was in the details. 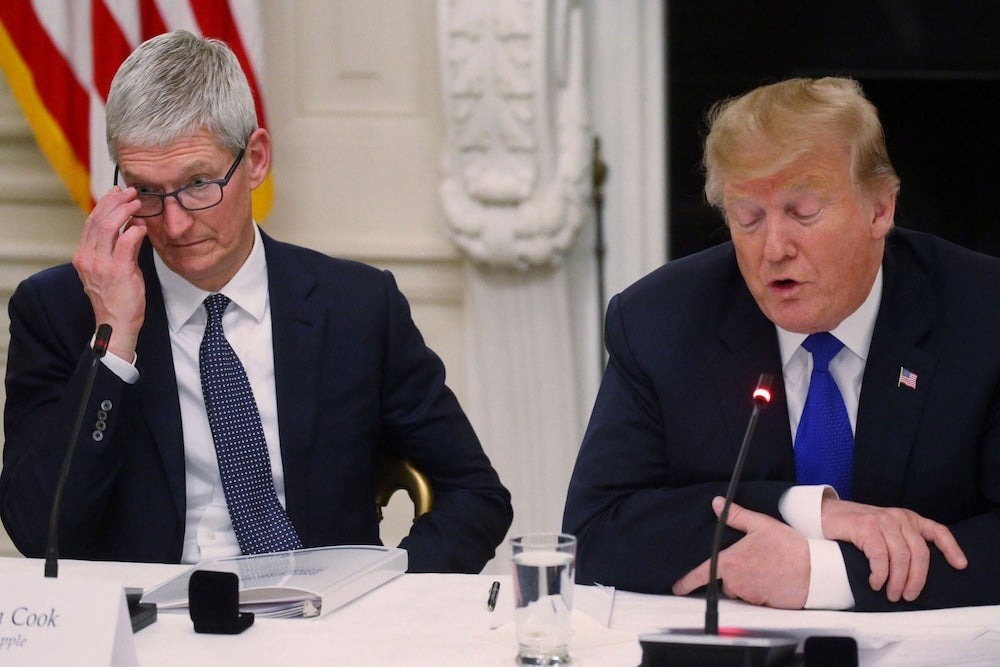 TikTok is one thing, and much of the month was taken up with assorted stories about how the ban would be scrapped if the company was sold to an interested US firm — variously Apple, Twitter, Microsoft, and even Walmart. But ultimately it is going to be a WeChat ban that could hurt Apple.

And maybe it will hurt very badly. Analyst Ming-Chi Kuo was the first to try putting a figure on it and he reckons that an all-out ban would cut Apple’s iPhone sales in China by 30%.

This has been pointed out to the White House, whose initial considered response was “Whatever.” Reportedly, the Administration did then later tell Apple and other companies that the ban won’t stop them including it in the Chinese edition of the App Store.

Apple needs to focus on technology

Protecting its sales in China is one thing, but this month we learned that all of this attention on politics and services means Apple is falling behind where it matters. We’d not even have known about its technological failings, though, if it weren’t for the team working for Kanye West.

You heard it from them first, and very probably also last, that iPhones are “notoriously faulty” timepieces. Apple has its whole time.apple.com global server system, but West’s team knew better.

Except when they needed to, as we learned all of this because the team was allegedly 14 seconds late trying to file West’s presidential campaign ballot in Wisconsin.

It’s possible that his presidential bid may not be altogether serious, but if you’re more interested in hearing about him, we recommend his music.

And if between June 30, 2015 and August 18, 2020, we’d have also recommended you listen out for him on Beats 1, now it’s different. West’s music is likely to appear instead on the rebranded Apple Music 1. Or at least it is more than the entirely new Apple Music Country, or Apple Music Hits.