Italy’s antitrust regulator has today opened another inquiry into Apple for allegedly improper commercial practices with regards to cloud computing services (via Reuters). 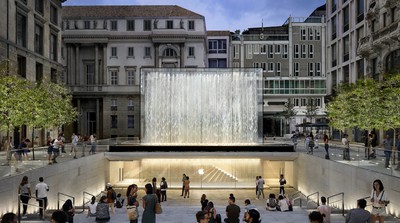 The investigation will also look into the practices of Google and Dropbox, in addition to Apple. The L’Autorit Garante della Concorrenza e del Mercato (AGCM) did not release further information or state how long the investigation would take, and Apple has yet to comment on the matter.

“The proceedings relate to alleged improper commercial practices and the possible inclusion of unfair clauses in contract conditions,” the AGCM said in a statement.

The investigation is the third by the AGCM into Apple. In July, the AGCM began scrutinizing Apple and Amazon over allegations that the two companies blocked the sale of Apple and Beats devices to resellers in order to stifle competition. Each investigation is separate and managed irrespective of other ongoing investigations.

A previous AGCM probe looked into the company for iPhone battery slowdowns, which the antitrust watchdog said was a form of planned obsolescence. It subsequently demanded a 10 million euro fine from Apple as a sanction.