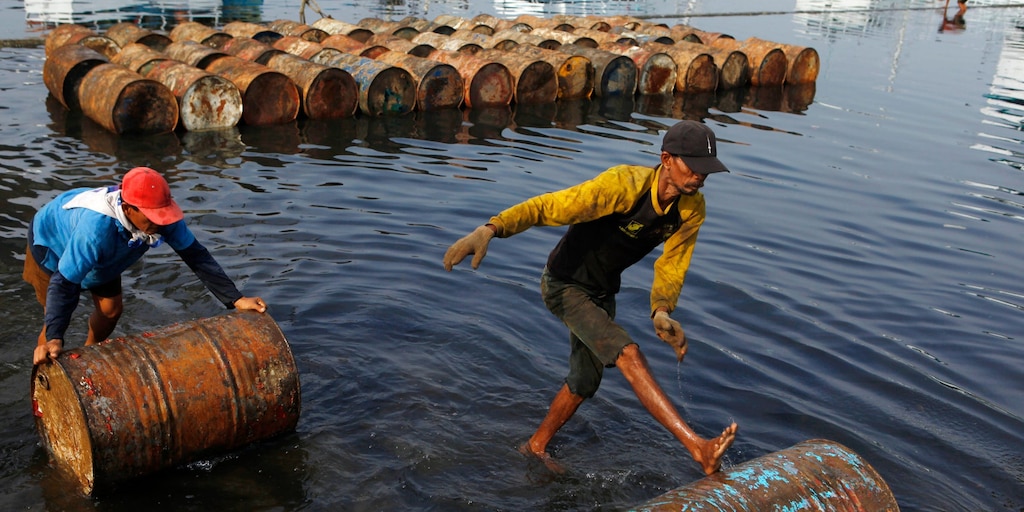 Oil prices tumbled to their lowest since late July on Monday, as Saudi Arabia cut prices for sales of its crude to Asia to counter slower demand among some of the world’s biggest consumers, such as China.

The world’s biggest exporter cut prices for a second consecutive month to help increase demand for its crude oil.

US benchmark West Texas Intermediate dropped 1.4% to $39 in morning European trading and global benchmark Brent crude fell 1.4% to $42- down for a fourth straight day in its longest slide since April’s historic price crash.

State oil producer Saudi Aramco cut its October official selling price (OSP) for shipments to Asia by $1.40 per barrel to a discount of 50 cents a barrel against the Middle East regional crude benchmark.

Aramco cut prices to Europe by 20 cents and those to the US by 60 cents, which Carsten Fritsch, an oil analyst at Commerzbank, said could be interpreted as a sign of weak demand.

Read More: Bank of America lays out the under-the-radar indicators showing that huge swaths of the stock market are ‘running on fumes’ – and warns a September meltdown may just be getting started

In an environment of investors anxiously awaiting a COVID-19 vaccine, US biotech firm Moderna said it would slow down its vaccine trial enrollment to ensure adequate representation of minorities who are more at risk of contracting the virus.

Weekly data from the US Commodity Futures Trading Commission showed fund managers have cut their bullish bets on the energy complex in the latest week.

Brent crude and US diesel oil saw the most selling by money managers in the week to September 1, according to Saxo Bank.

The US Labor Day holiday signaled the beginning of a low demand period, a risk of rising stock piles, and a widening contango, he said, implying investors are worried about the supply-demand balance.

“Abundant supplies, fears of loosening OPEC+ compliance, the end of the US driving season and stale long positioning have all combined to erode confidence in oil,” said Jeffrey Halley, a senior market analyst at OANDA.

Halley said he now expected “massive falls,” but with signs of global recovery likely to increase, both Brent and WTI crude should find some stability at lower levels.

A structural rally in oil prices may only occur if the dynamics that led to the price drops adjust materially, he said.