With rumors suggesting that Apple may announce the date of its fall product event at some point this week, the #AppleEvent hashtag on Twitter has now been customized with a blue Apple logo, fueling even more speculation. 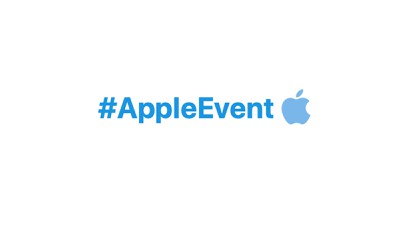 According to Jane Manchun Wong’s Hashflag Browser, the Apple logo was added to the hashtag earlier today and will be active through Monday, September 28. While nothing is for certain, this expiration date could suggest that Apple plans to host its fall event at some point in September, rather than in the second half of October as previously rumored.

Twitter allows brands to add custom emojis next to hashtags as a marketing strategy. According to Agency Creative, these “hashflags” can cost upwards of one million dollars, and they’re commonly seen for large events like the Super Bowl or holidays.

Bloomberg‘s Mark Gurman recently suggested that Apple will soon announce a virtual iPhone and Apple Watch event that would take place later in September. This contradicts information shared by leaker Jon Prosser, who claimed that new Apple Watch and iPad Air models would be announced via press release today.