Apple has today launched an official “Oprah’s Book Club” podcast, to accompany the Apple TV+ series of the same name (via The Hollywood Reporter). 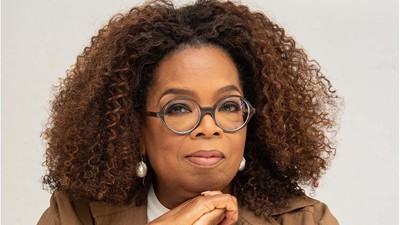 Apple’s ongoing partnership with Oprah Winfrey has now expanded into podcasting. Over a series of eight episodes, Oprah will discuss Isabel Wilkerson’s book “Caste: The Origins of our Discontents.”

The non-fiction book, published at the start of August, illustrates “the hidden hierarchy of human ranking that has shaped America.” It was lauded soon after on The New York Times bestsellers list. Winfrey said the book “provides a new way of seeing racial inequality, giving rise to countless aha moments and helping us truly understand America as it is now and how we hope it will be.”

The podcast will revolve around discussions with a group of guests as they explore the “eight pillars of caste” laid out in the book. Two episodes will be released each week on Tuesdays and Thursdays. The trailer and first episode of the podcast series is available now.

Earlier this year, it was reported that Apple was planning to develop a range of original podcasts, some of which would focus on ‌Apple TV‌+ titles, in an effort to compete with the likes of Spotify and Amazon.

In May, Apple introduced The Zane Lowe Interview Series, which featured in-depth conversations from the DJ’s ‌Apple Music‌ show, and daily news roundup “Apple News Today.” ‌Apple TV‌+ anthology series “Little America” is also due to receive an accompanying podcast at some point in the future.