Apple this morning announced an event that’s set to be held on September 15, and since Apple holds an iPhone-focused event every fall one might assume that the upcoming event will see the unveiling of the iPhone 12 lineup, but Bloomberg‘s Mark Gurman suggests that’s not the case. 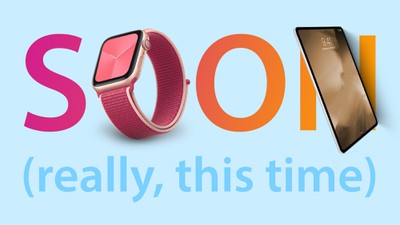 According to Gurman, Apple will not announce the iPhone until October, which means the September event could instead feature new iPads and Apple Watch models. BuzzFeed‘s John Paczkowski has confirmed in a tweet that says “Don’t hold your breath for the new ‌iPhone‌.”

I am told Apple won’t announce the ‌iPhone‌ until October. This is for the iPad and ‌Apple Watch‌ in all likelihood. https://t.co/pw1oVXVoaL
— Mark Gurman (@markgurman) September 8, 2020

A September event that does not include the new ‌iPhone‌ models would be unusual, but this year’s ‌iPhone‌ lineup is delayed, as Apple confirmed in July. Apple is expecting the ‌iPhone 12‌ models to launch a couple of weeks later than normal, with the devices set to debut in October rather than September.

The ‌iPhone 12‌ launch is also expected to be staggered with the more affordable models coming out ahead of the Pro models, and that further delay could be another reason why Apple might want to hold an ‌iPhone‌ announcement until October.

Apple is working on the ‌Apple Watch‌ Series 6, which is expected to feature blood oxygen monitoring as a major new addition. There have also been multiple rumors of a 10.8 to 11-inch ‌iPad‌ model with an edge-to-edge display and Touch ID either built into the Power button or the display, and that device is expected to be an ‌iPad‌ Air.

If there’s no ‌iPhone‌, we could also see other rumored products like the first Arm-based Mac (which is rumored to be a 13-inch MacBook Pro), over-ear “AirPods Studio” headphones, AirTags, and a smaller HomePod, all of which have been rumored for a fall launch.

The September 15 event could also see the release of iOS 14, watchOS 7, tvOS 7, and macOS Big Sur, which have been in beta testing since June.