Yesterday, frequent leaker Jon Prosser claimed that Apple was targeting 9:00 a.m. Eastern time tomorrow, September 8, for a press release launch of new products. Prosser had previously said that new iPad and Apple Watch models were planned to launch during the week of September 7, so those appeared to be the products we should be expecting to see. 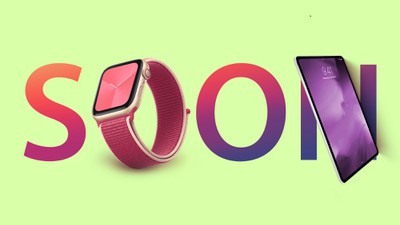 Bloomberg‘s Mark Gurman cast some doubt on the rumor, however, suggesting that any news tomorrow morning would “more likely” be an announcement about a virtual media event to unveil the next iPhone and Apple Watch.

With less than twelve hours to go until the rumored press release time, Prosser is doubling down on his claim, saying that his sources “are not budging or changing their mind” and that new iPad Air and Apple Watch models are expected to debut tomorrow.

Okay, guys. Last tweet of the night. 👇
My sources are not budging or changing their mind.
They’re still telling me that Apple Watch and iPad Air are coming tomorrow via press release.
See you all in the morning to find out! 👋🤗
— Jon Prosser (@jon_prosser) September 8, 2020

Supporting his case, Prosser pointed out earlier today that many Apple Watch Series 5 models are listed as currently unavailable in Apple’s online store, with the assumption being that Apple has been depleting its stock of the current models in advance of an imminent update.

We’ve been watching Apple Watch Series 5 stock levels over the past few weeks and have seen a number of them going out of stock, and the number of affected models does appear to be increasing, but it’s hard to say whether they point toward an imminent launch as soon as tomorrow or perhaps within the next month.

Apple has struggled with supplies of a number of its products over the past six months, thanks to the global health crisis impacting not only production at times but also consumer demand for certain product lines.

Given the unlikelihood of an in-person media event to introduce new hardware and Apple’s admission that new iPhones will launch “a few weeks later” than usual, we’re in uncharted waters and not entirely sure how Apple will roll out the numerous new products that appear to be on the verge of launching. So stay tuned tomorrow morning, and we’ll see whether Apple has anything to announce.