Google in August announced the launch of a new Google Maps app that’s designed for the Apple Watch, and at the time, Google said that it would be rolling out “in the coming weeks.” 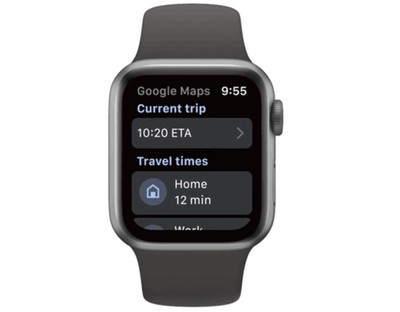 The ‌Apple Watch‌ app has gone live based on reports from Reddit users who downloaded the latest iPhone update and were able to install the Google Maps app on the ‌Apple Watch‌.

The Google Maps app for ‌Apple Watch‌ mirrors the directions that have already been input on the ‌iPhone‌, and there is no option for getting directions directly on the ‌Apple Watch‌. It is reliant on the iOS version of the app, but provides access to saved destinations such as work and home.

The app offers turn-by-turn directions along with ETAs so you know when you can expect to arrive to your destination. Multiple travel modes, including navigation with car, public transit, bike, or by foot are available, and there is a Google Maps complication that can be set up.

Google Maps can be downloaded from the App Store for free. [Direct Link]