Apple is rumored to be working on a subscription services bundle called “Apple One,” which could see a launch in the near future, according to code found in the Android version of Apple Music by 9to5Google. 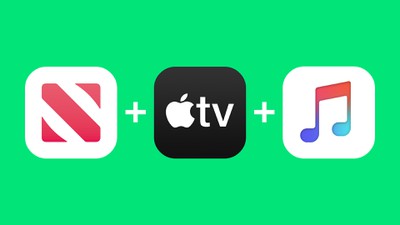 Signs of an “Apple One” bundle were found in the 3.4.0 beta of ‌Apple Music‌ for Android, confirming that ‌Apple Music‌ will be one component of the services bundle. From the Android app code:

Your ‌Apple Music‌ subscription will be included in Apple One starting %s. You will not be charged for both subscriptions.

You can manage your Apple One subscription using your iPhone, iPad, Apple TV or Mac.

There is wording that indicates customers who upgrade to Apple One will not be double charged for ‌Apple Music‌, and that the Apple One subscription will be able to be managed on ‌iPhone‌, ‌iPad‌, ‌Apple TV‌, and Mac.

No other information about the Apple One service was located in the Android version of ‌Apple Music‌, but the original rumor, from Bloomberg, suggested that the bundled service is set to launch in October, likely alongside the ‌iPhone‌.

Apple is actually planning for several Apple One bundle tiers. A basic package is expected to offer ‌Apple Music‌ and ‌Apple TV‌+, while a second tier will also include Apple Arcade. A third bundle tier will include all of the aforementioned services along with Apple News+.

There will also be a higher-end tier that includes ‌Apple Music‌, ‌Apple TV‌+, ‌Apple Arcade‌, ‌Apple News‌+, and iCloud storage, and there may also be a new fitness-oriented service that offers virtual fitness classes.

There is no word on bundle pricing yet, but the bundles are expected to offer savings over purchasing each subscription service separately. Bundle pricing could save customers from $2 to more than $5 a month depending on the bundle.