Apple’s iPhone 12 lineup is set to launch at some point in October, and ahead of the debut of the new iPhones, leaks have been picking up. We’ve seen a few components such as a display unit and a logic board, but a new video today allegedly features the chassis of the 6.1-inch ‌iPhone 12‌ Pro. 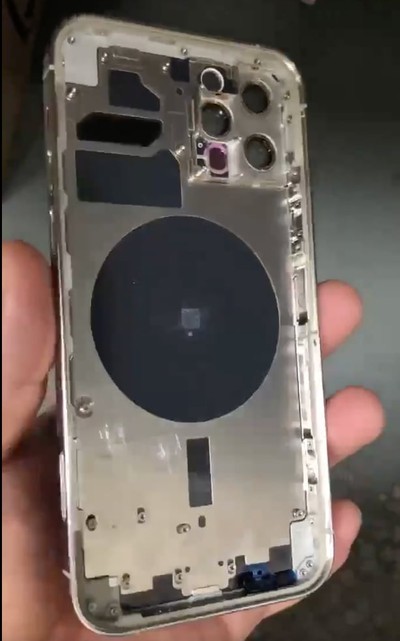 Shared by EverythingApplePro, the iPhone shell appears similar to dummy ‌iPhone‌ units that have been floating around on the internet since July.

Apple already introduced a LiDAR Scanner in the 2020 iPad Pro, introducing enhanced augmented reality capabilities. In the ‌iPhone‌, this could also translate to new photographic capabilities. There’s an area on the right side that could perhaps be related to the 5G antenna, and the SIM tray has been moved underneath the volume button on the left side. The overall design has iPad Pro-like flat sides, a departure from the rounded look that Apple has used since the ‌iPhone‌ 6.

Though not depicted in the chassis leak, other rumors today have indicated that Apple’s 2020 ‌iPhone‌ lineup may not get 120Hz display support. There were mixed rumors on the subject, and now several leakers have suggested that the 2020 ‌iPhone‌ models have gone into mass production without the upgraded 120Hz display.

Apple is set to hold an event on Tuesday, September 15, but current rumors indicate that event will see Apple unveil new Apple Watch models and new iPads rather than new iPhones. If that information is accurate, Apple could instead debut new iPhones at a second event set to be held in October, which would be closer to the projected launch date for the new devices.

Apple typically releases new iPhones in September, but production on this year’s devices has been delayed and Apple confirmed in July that the 2020 ‌iPhone‌ lineup is going to launch later than expected.