As your Mac gets older, it starts to show its age during daily use. Everyday tasks can drag as your computer struggles to keep up. More demanding apps and games might even refuse to run at all. Sometimes, your Mac might just hang . . . seemingly forever.

But your Mac can grow old gracefully with just a little help from you.

As computers become more powerful, software developers take advantage of faster processors, more RAM, and better 3D graphics. While this makes perfect sense, it can leave owners of older hardware in the dust.

One of the best things you can do for an aging Mac is use age-appropriate software. This means ditching those resource-intensive browsers and photo-editing suites in favor of lightweight apps, and software that’s optimized for macOS.

If you use Chrome or Firefox, try switching to Safari. It’s specifically for Macs, which is why it has a significantly lower energy footprint (and thus, provides better battery life) than its rivals. It also tends to be less of a memory hog than Chrome. Make sure you’re running the latest macOS release to get the most updated version of Safari. 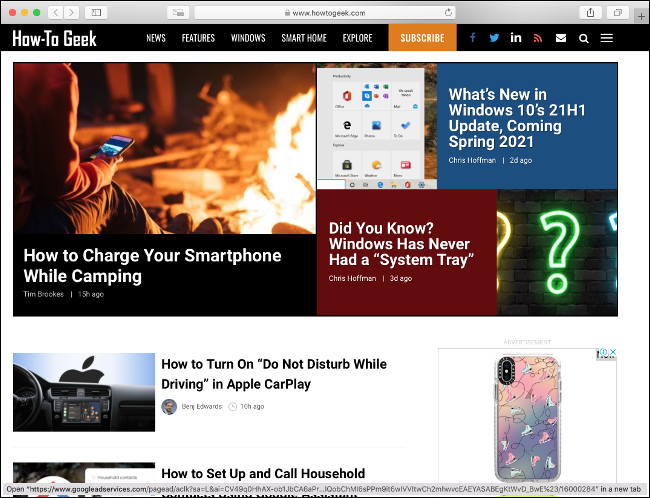 Your browser isn’t the only app you can switch out to improve performance. Apple’s iWork suite is undoubtedly lighter than Microsoft Office, less demanding on your system, and completely free to boot! It’s comprised of the Pages word processor, the Numbers spreadsheet app, and the Keynote presentation tool. LibreOffice is another no-frills option.

Evernote and OneNote are the undisputed champions for notes, but most people don’t use (or need) all the features. Try ditching these bloated apps for Apple’s Notes app, which is now a viable alternative. Bear is another slick Mac-only notes app that rivals Evernote, and Simplenote is also worth a mention due to its speed and text-only simplicity.

For photo editing, you can’t beat Adobe Photoshop for raw power. However, that power comes at a cost—both to your wallet and your Mac’s performance. GIMP is a free, open-source alternative, that’s much less feature-heavy, but can perform most common editing tasks.

If GIMP hasn’t got what you need, though, give the free trials of Affinity Photo or Pixelmator Pro a try and see how they perform.

Finally, you can also ditch any intrusive antivirus software because you really don’t need it running constantly on your Mac.

Make Sure You Have Free Space

The macOS needs room to breathe, and that means maintaining a buffer of free space on the boot disk. There’s no set rule as to how much space your computer will require at any given moment—Apple’s never made a specific recommendation. However, we recommend keeping around 10 percent of your available disk space free at all times.

If you get a warning message that your computer is running out of space, it’s time to do something about it. When your Mac runs out of space, it can’t perform routine tasks, like downloading and unpacking macOS updates.

Any software you use that creates large temporary files can have stability issues or crash if your computer doesn’t have sufficient space. Your Mac might even refuse to boot altogether if you completely run out of space.

These problems can affect Macs of any age. However, the combination of aging hardware and macOS struggling for space creates the perfect storm of freezes and long waits while your computer struggles to stay afloat.

Fortunately, there’s a lot you can do to create more space on your Mac. First, avoid storing iPhone or iPad backups on your Mac—use iCloud instead. You can also enable iCloud Photos to store full-size images and videos on the cloud, while keeping smaller optimized versions on your local disk.

Moving backups and media off your Mac should result in a big gain of free space, but there are other things to try. Comb through your “Applications” folder and delete any apps you no longer need.

Also, empty your Downloads folder regularly, or tell macOS to do so automatically by clicking Finder > Preferences > Advanced, and then select the “Remove Items from Tash after 30 days” option.

You might also have large files on your computer’s boot disk that you’ve forgotten about. Fortunately, macOS can help you find them. Just click the Apple menu, and then click “About This Mac.” Click the “Storage” tab, and then click “Manage.” A new window will appear.

Click “Documents” in the sidebar to see a list of large files that are sitting on your drive and taking up precious space.

For many people, the reliable macOS is the reason they pay a premium for Apple hardware. However, even macOS can get bogged down after years of use—something traditionally associated with Windows. One of the best things you can do for an old Mac is blow out the cobwebs.

This means deleting everything and starting over after you back up your Mac. You can do this relatively painlessly, thanks to Apple’s recovery partition. To access this, just press and hold R while your Mac starts up. By formatting your Mac and reinstalling macOS, you’ll remove all the junk it’s accrued over years of use. Not only will this salvage precious disk space, but it’ll also give you a chance to start fresh. It’s important to emphasize that you don’t need to do this regularly. You’re most likely to benefit from this if you install lots of apps or perform system tweaks, and then forget about them.

Depending on how old your Mac is, you might not have a solid-state drive (SSD). Unlike traditional hard disk drives (HDDs), which use a spinning platter and retractable arm, SSDs use flash memory for improved speed and reliability.

While most Mac notebooks made within the last decade have SSDs, models like the iMac and Mac mini do not. These are often fitted with Fusion Drives, which fuse a small amount of flash memory with a traditional hard drive. While cost-effective, these are often no better than a standard hard drive.

Ditching a hard drive in favor of an SSD can yield massive performance gains. iFixit is one of the best resources for this. To get started, just look up your model to see what an upgrade would entail. If you don’t know which model you have, you can find it on your computer by clicking Apple > About This Mac.

You can purchase a kit with everything you need from OWC. Prices ranging from about $99 for 256 GB to $500 for a 2 TB drive. You can also upgrade some MacBook Pro and Air models.

If you have an iMac or Mac mini, it’s relatively painless to upgrade the RAM. The iMac has a slot on the back for expanding memory, while the Mac mini allows access to internals via a compartment on the underside of the unit.

It’s important that you buy the right kind of memory, though. This usually means matching the speed of your existing RAM to the new. To check your current memory specifications, click Apple > About This Mac > System Report. Then, click the “Memory” tab to see how much RAM is installed, at what speed it’s running, and its current status.

OWC also sells memory for specific Mac models, so you won’t buy the wrong thing. You can then complete the upgrade by following the instructions on Apple’s website (iMac, Mac mini).

Unfortunately, if you own a MacBook, you’re probably out of luck, as the RAM has been soldered to the logic board on most models since 2012.

Use a Lightweight Linux Distro

If you use a Mac for macOS, switching to Linux probably isn’t very appealing. If you want to resurrect an old machine or find a new use for it, though, Linux is a great choice.

Unfortunately, picking a Linux flavor can be difficult. Ubuntu is the go-to for many because it has a huge library of pre-built software binaries. It’s also a good choice for a Mac as it usually works “out of box.” You also won’t have to scour the web for ages looking for sound or network drivers.

If your Mac is really old, though, you’ll probably want a lighter-weight distro. Options like Lubuntu, Linux Mint, or Puppy Linux focus exclusively on performance. With these, you might have to put in a little more effort to get everything working. Afterward, though, you’ll have a very responsive machine with little overhead. Finally, there’s the Elementary OS. This Linux distro goes out of its way to deliver a Mac-like aesthetic. It’s got a dock, an “App Store,” parental controls, and even macOS-like keyboard shortcuts that will get you up to speed in no time.

You can install all of these Linux distros on a USB stick and try them all before you commit.

Using an old Mac is like driving an old car. For the best results, you have to work within the limitations of the machine. This can be a good thing, though. For example, an old PowerPC MacBook is ideal for a writer who is easily distracted because it’s so limited in terms of available software and processing power.

Once you understand what your Mac is no longer capable of, you can avoid using it for that purpose. This works best if you have another Mac or PC that can pick up the slack, though. This also means being ruthless when it comes to managing system resources. You’ll probably want to ditch all browser extensions and limit resource-hungry websites, like Facebook. You’ll also want to keep as few browser tabs open as possible.

Learning how to use Activity Monitor to isolate and kill greedy background processes would definitely be worthwhile.

Know When to Upgrade

Most people put off big purchases as long as possible. However, the time eventually comes when you have to open your wallet. If your Mac is negatively affecting your productivity or preventing you from even attempting certain tasks, it’s time to consider upgrading.

While Windows owners can swap out old PC components gradually, Apple’s ecosystem isn’t as upgrade-friendly. Other than the handful of upgrades you can complete yourself, the proprietary nature of a Mac means your only route forward is usually a new machine.

Fortunately, you still have a few options that can save you some money. The secondhand Mac market offers big savings on older machines, but don’t expect rock-bottom prices—Apple hardware tends to retain its value.

Apple also has a refurbished program, which sells slightly older models that have been refurbished by Apple engineers. The machines come with a full warranty and are also eligible for AppleCare.

If you go the refurb or secondhand route, make sure you familiarize yourself with any issues your slightly-older hardware might face. The MacBook Pro in particular has had issues like thermal throttling in models as recent as 2019. All MacBooks up to those released in 2020 also had Apple’s problematic “butterfly” keyboard.

RELATED: How to Save Money on Apple Products (Like the iPhone, iPad, and Mac)