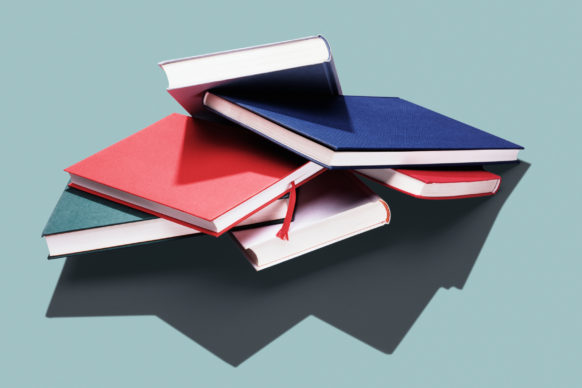 Daniel Greene makes a full-time living off his YouTube channel, discussing fantasy authors such as Robert Jordan, Brandon Sanderson, and Jim Butcher. Talking about your favorite books all day might sound like a dream come true, but Greene says that building a successful channel is harder than people think.

“For a few years I was doing a video every day of the week, seven days a week, which was insane, while also being a software engineer,” Greene says in Episode 431 of the Geek’s Guide to the Galaxy podcast. “I’m a workaholic.”

In addition to dealing with sponsors and reading hundreds of pages a day, Greene also spends hours editing his videos to look as polished as possible. He notes that when late night talk show hosts were forced to broadcast from home due to Covid-19, their initial efforts were lackluster. “Those are professionals, those are people who have been doing this for so long, and they couldn’t figure it out really quick,” he says. “It just shows that YouTubers do put time and effort in to make their content quality.”

The biggest challenge with YouTube is adapting to the site’s mysterious and ever-shifting algorithm. Greene is careful to balance less popular content with familiar standbys that he knows will bring in traffic.

“I get 20-30 self-published authors reaching out to me a week, trying to get me to read their books,” he says. “I would love to read their books, I would love to promote them to my audience, but if I did even a fraction of those, it would take up a huge percentage of my videos, and YouTube would see ‘OK, he had five videos this week, three of them were about these self-published books that barely got 10K views, we’re going to demote him.’ And eventually I wouldn’t be able to do this job anymore.”

Greene recently launched a new podcast, A Fictional Conversation, with his friend Bobby O’Donald. He’s looking forward to creating content without the constant pressure of YouTube’s analytics. “I needed a project that was less stressful, and that I wouldn’t get constant feedback on all the time—you really don’t with podcasts,” he says. “I purposely have been ignoring the numbers, because numbers run my life.”

Listen to the complete interview with Daniel Greene in Episode 431 of Geek’s Guide to the Galaxy (above). And check out some highlights from the discussion below.

Daniel Greene on The Wheel of Time:

“It’s not a series I recommend to everyone, even though I love it, because I know recommending a 14-book series to someone isn’t what I would call polite. It’s almost rude. But I do think anyone who’s a hardcore fantasy fan, who read A Song of Ice and Fire and wasn’t satiated, could absolutely get through Wheel of Time, and anybody who gets to Book 4 is in love with it. The percentage of people who hit Book 4 and are not absolutely obsessed with it is very, very low. And then there are a certain number who won’t finish because the slog just hits them too hard. But everyone who pushes past that, I personally haven’t met anyone who doesn’t at least like-to-love the ending of the series and think it’s worth it.”

“The one I maybe admire most, just in terms of his technical ability to speak about books and his editing and everything, is Captured in Words. He talks exclusively about adult fantasy. He puts out a video a month, but it’s like an event for me when he does. It’s an outstanding channel where he just does these videos about [Brandon] Sanderson or whatever series captures him. He’s a big Kingkiller fan, which I’m not huge about, so whenever I get comments saying, ‘Talk about Kingkiller,’ I just direct them over to Jay. But yeah, he’s spectacular. And then there’s another one, a woman who operates a sister channel to my channel, Merphy Napier. She and her husband are really good friends of mine, and they talk a lot about adult fantasy.”

“Modern fantasy is more interesting than classic fantasy to talk about, because there’s so much new happening right now—I mean, books published in the last two or three years. What’s happening right now is really exciting, because we’re seeing all these other cultures and authors from places that wouldn’t have been published by the traditional publishing houses come out and have amazing success. If you go back to 1980, America would not have a successful fantasy book that’s inspired by African cultures. That just wouldn’t happen, because they wouldn’t market it, they wouldn’t trust it. But now the self-publishing boom happened, and from there we’ve seen the boom of smaller publishers coming out and taking risks on series like people haven’t seen before.”

“I purposely weight my videos into about 50 percent that will age well, and be watchable a year from now and you’ll be fine, and another 50 percent that are just about what’s hot right now. ‘Fantasy News’ gets more clicks in the first day of being up than pretty much any other video I put out, but then it will just drop off and die, because no one cares anymore—the news is out there, everybody’s heard about it, it’s done. I’ve counteracted that a little bit by putting little skits and jokes and a lot of personality in Fantasy News, so a lot of people just come back to watch it for that, which I appreciate so much. But then the other half of my content is stuff that can age well and will continue to get views.”