An examination into Apple’s environmentalism asks whether Apple could truly reach its pledge of making the iPhone carbon neutral, with comments from Apple’s executive leadership along with other environmentalists suggesting it is possible, but a very big task.

Apple has made numerous strides in its bid to make itself more environmentally friendly, as part of an initiative to become carbon neutral across the entirety of its business by 2030. The lofty goal, which covers everything from the supply chain to the end of a product’s life, is being tackled aggressively, but the task is also massive in scale to undertake due to Apple’s size.

In a profile of the initiative by British GQ, Apple’s VP of Environment, Policy and Social Initiatives Lisa Jackson and SVP of Worldwide Marketing Greg Joswiak were questioned about both the scale of the problem and how far Apple is progressing down the path.

These efforts have included transitioning its facilities to run on renewable energy and using recycled materials in its products, but they are only part of the solution. “We set really big goals for ourselves. At one point we were even calling them crazy questions,” said Jackson.

Going beyond making its own offices and operations carbon neutral and attempting to tackle the indirect pollution caused by suppliers and other business areas by 2030 is a much loftier goal. One that is considered by Greenpeace to be a demonstration of “what’s possible for tech brands and could lead to a mindset shift” for other producers.

Apple’s work in the field is important to environmental groups, as they see that changes by Apple are keenly adopted by other vendors in the tech industry. By making sustainability a marketable feature of the iPhone, competitors may try to make their own products have similar credentials to appease customers. 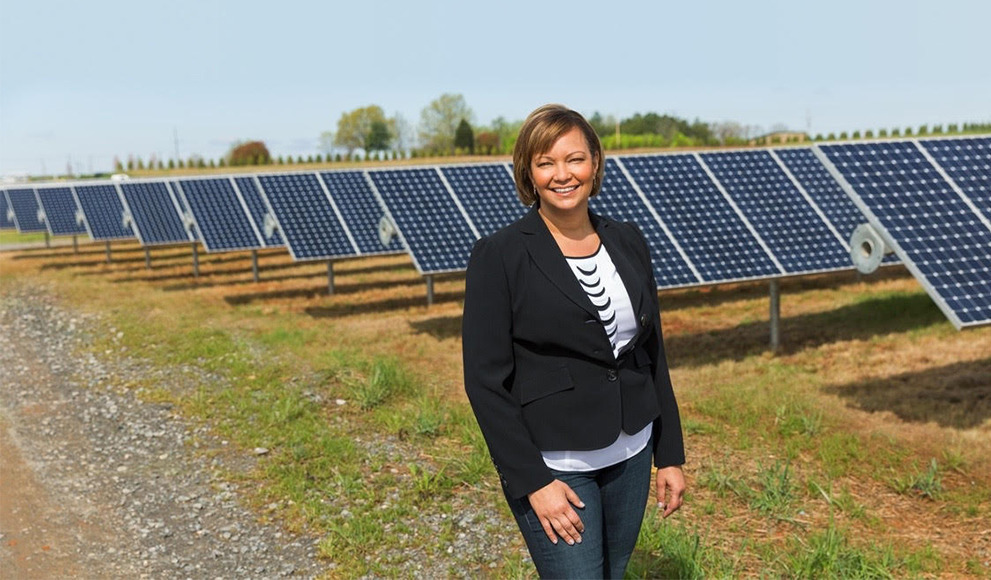 Jackson’s decision to join Apple wasn’t just the size of the problem, but also that Apple wanted to go further. “During my interviews no one said ‘What do we have to do to get in front of all these environmental rules and regulations?” Jackson remembers. “They said ‘What can we do to lead the world to a better place? And that was really impressive to me. I didn’t run across that practically ever.”

The deep-grained environmentalism is felt in other areas in the company, as evidenced by Joswiak’s comments. “We’re always looking at ways to minimize the e-waste from our products, it’s a continuous effort and an important one,” said Joswiak.

He continued “We’re fortunate that people buy a lot of Apple products, so we know that the decisions we make in this regard are going to have an enormous impact. It’s our responsibility to minimize packaging and minimize what’s in the packaging if it’s not something the consumer needs.”

Moves such as investing in clean energy projects are thought to be “very significant” for companies like Apple, suggests Greenpeace senior corporate campaigner Elizabeth Jardim. “Because much of its supply chain is in China and Southeast Asia, where there’s a huge amount of coal power, this allows them to find cleaner sources of energy in a region that is otherwise dirty and hopefully begin to shift the grid mix in those regions.”

The scale of the problem is still tough to swallow for those working on it, with Jackson admitting “It’s a really huge goal. Even saying it, I always get a little lump, because I know how much work is involved in doing it, but we have a very detailed plan.”

Jackson also brings up how Apple CEO tells employees to “be a ripple in the pond,” to try and influence others with its actions. “Not just to change Apple, but to change the world,” she clarifies, continuing “Apple is a manufacturer and that is the hardest segment to decarbonize and change to clean energy. When we do that work a lot of those manufacturers will go ahead and use that clean energy for other folks.”

“Apple’s commitment represents a new model that we want more companies to follow,” suggests WWF senior director of corporate engagements for forests. “It’s no longer enough for them to simply commit to ‘reduced impact.'”