At Tuesday’s “Time Flies” event, Apple unveiled its latest addition to the iPad Air lineup. How does it compare against the 2019 iPad and stablemate iPad Air? We take a look at the numbers.

On September 15, Apple launched the 2020 iPad Air, alongside its expected Apple Watch Series 6. The new tablet is likely to be welcomed by those stuck working from home or learning online under the ongoing COVID-19 pandemic, especially for first-time buyers who need more than the regular 10.2-inch iPad, and those seeking to upgrade before heading off to college or another major phase in their life.

While the latest model’s improvements easily make it a suitable upgrade for those with years-old iPads, users of the third-generation iPad Air from 2019 may wonder if it’s worth shifting over to the latest generation. This comparison of Apple’s specification sheet against the previous models will help.

In terms of how big they are, or how light, the differences between the two models will only be noticeable if you have the two together. The new 2020 iPad Air is a fraction wider at 7 inches instead of 6.8, but it’s also a fraction shorter at 9.74 inches rather than 9.8.

There’s also a minuscule difference in weight. While both weigh 1 pounds in their Wi-Fi-only configuration, cellular takes the 2019 iPad Air up to 1.02 pounds, compared to 1.01 for the 2020 edition.

If it would take a ruler and a weight scale to be sure of the exact differences, though, you will feel them because the 2020 iPad Air has a significantly changed design. Following the same aesthetics as the iPad Pro, the 2020 edition has flatter sides all around. 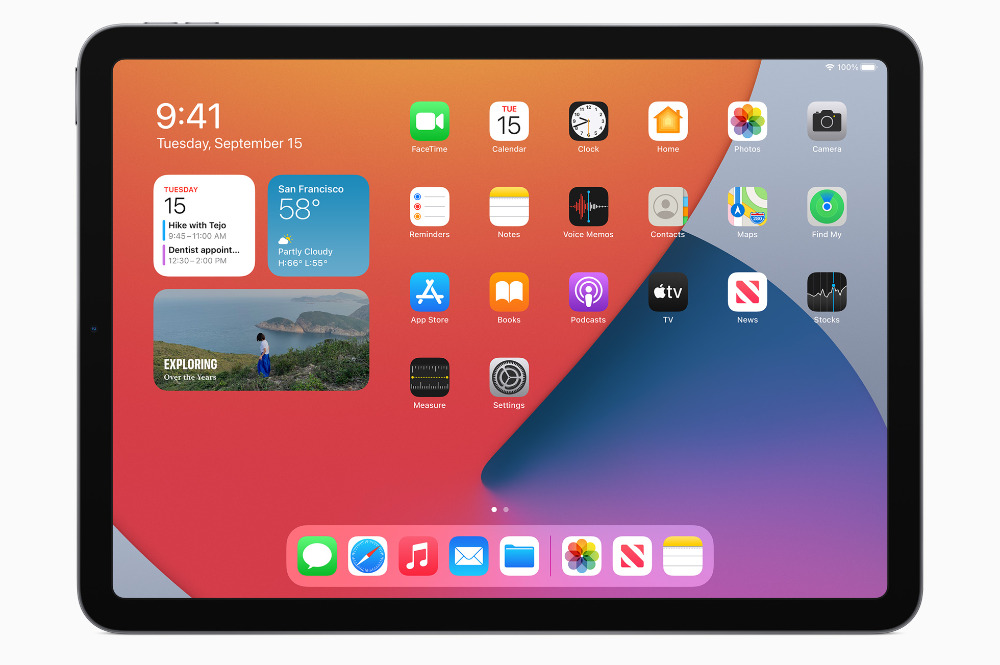 The new 2020 iPad Air continues to have large bezels

The real difference for the changed width and height, though, is the screen. And there the 2020 iPad Air wins.

The 2019 iPad Air had an increased screen size from its predecessors, taking the range from 9.7 inches up to 10.5 to bring it into line with the the most recent iPad Pro. Now, though, the 2020 iPad Air has gone further, taking the screen up to 10.9 inches.

So you get the benefit of screen which is noticeably, if not markedly larger. The new screen is also a Liquid Retina one, as seen in the 11-inch iPad Pro.

Everything else remains the same about the display, though. That’s from its 500 nits brightness to its True Tone and Wide Color (P3) support.

We can’t truly know this until the new 2020 iPad Air has been tested in real world use, but it’s more than fair to assume that the updated machine will perform better. It may even perform considerably better.

That’s because the 2019 iPad Air is equipped with the A12 Bionic. This combines two high-performance cores with four energy-efficient cores, as well as a four-core graphics processing unit and the eight-core Neural Engine. So it’s not exactly a slouch.

However, the 2020 model has an A14 Bionic processor, two generations faster than the previous model. This processor, or a version of it, is expected to power the 2020 “iPhone 12” range — and seemingly make that equal the iPad Pro.

It’s a little shame that the front-facing camera of the 2020 iPad Air remains the same 7-megapixel quality as the previous model. That’s doubtlessly done for cost reasons rather than production ones, as the iPhone 11 Pro and iPhone 11 Pro Max contain a 12-megapixel front camera.

However, the 2020 iPad Air does score considerably over the 2019 model concerning its rear camera. That is a 12-megapixel one, compared to an 8-megapixel camera in the earlier model.

Again, we won’t truly know this until the new iPad Air can be thoroughly tested. However, Apple claims that there is no difference between the battery life of either model, even with the 2020 edition having to power a slightly larger display.

Where there is a big difference, though, is in how you charge these iPad Air models up. The 2019 model has the same Lightning port that Apple has used on devices since 2012.

The 2020 iPad Air, though, follows the lead — so to speak — of the iPad Pro by moving to USB-C. This is a term that covers a lot of different possibilities, but the advantage to iPad Air users is that charging will be faster.

Although Apple has ditched one connector, the familiar Lightning cable, for USB-C, the new iPad Air retains another. The 2020 model has the same Smart Connector, which means it can use compatible accessories such as Apple’s Smart Keyboard.

Users may have hoped for the addition of Face ID to the new iPad Air, but that was as much because of how it would allow a larger screen size, as it was the added security and convenience. The new iPad Air has come up with a compromise.

The screen is bigger, and the old Home button is gone. However, instead of adding Face ID, Apple has moved Touch ID up to the sleep/wake button.

Touch ID has been moved to the sleep/wake button

So far, the comparison between the 2020 iPad Air and its predecessor sounds as if it comes down entirely in favor of the new model. It does.

The 2020 iPad Air is a much better device than the 2019 model, except for at least one and perhaps two considerations to do with price.

Then there is one more possible factor, which is the Apple Pencil. If you’ve already got a first generation one of these, it won’t work with the new iPad Air. To buy a new second generation Apple Pencil will add $129 to the cost. 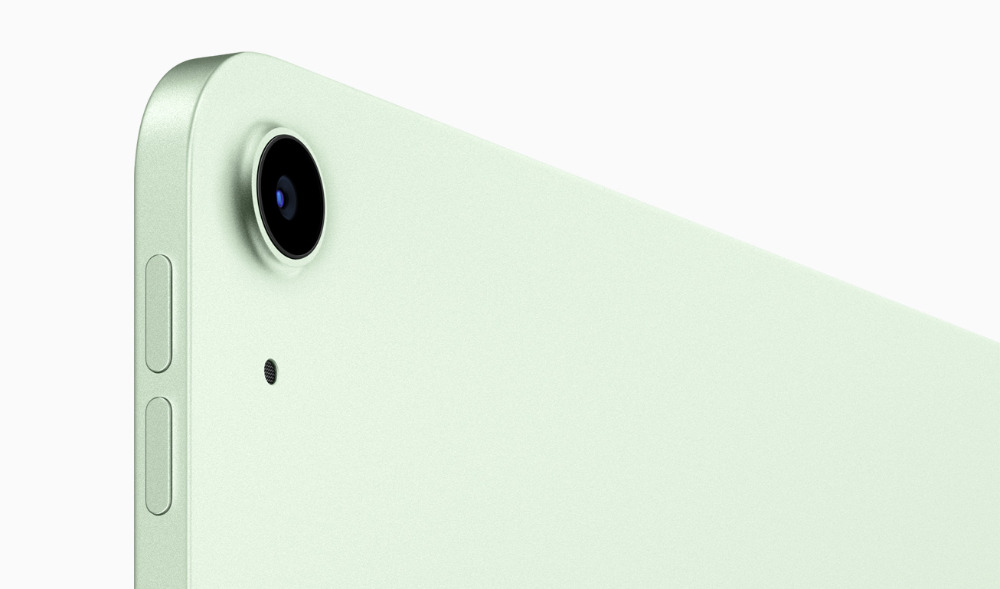 The iPad Air’s rear camera has been improved

Comparing the 2019 and 2020 iPad Air models is not simply an exercise in seeing how the device has improved. Right now you can continue to buy the 2019 model from other suppliers and probably will be able to for some time.

The $100 difference is also based on Apple’s retail price so there are likely to be less expensive deals available as the older model goes out of stock. That will widen the gap between the two years of the iPad Air, though perhaps only slightly.

Given all that the 2020 model offers, though, the new iPad Air is the better buy — except for one single further factor. The screen on the new 10.9-inch iPad Air 2020 is practically the same as that on the 11-inch iPad Pro.

However, the 2020 iPad Air also beats the current second-generation 11-inch iPad Pro in almost every respect. For $200 more, the iPad Pro gives you the 0.1 inch larger screen, a better rear camera system, and the option to increase its storage to 1TB.

Rather than being a sweet spot between the regular iPad and the smaller iPad Pro, the new iPad Air has closed the gap. It’s perhaps become the sweet spot in the entire iPad range.