A new update to the Pixelmator Photo editor app on the iPad includes the Mac version’s ability to use Machine Learning to intelligently increase resolution.

Ahead of Apple’s expected announcement of new iPads at its September 15 event, the developers of Pixelmator Photo have released an update which adds desktop Mac-style features.

“The processing power of iPad has advanced in leaps and bounds over the last few years,” says Tomas Andrijauskas, the lead developer of Pixelmator Photo. “With these advances, it’s now possible to open up workflows that simply weren’t possible in the past, like using machine learning techniques to magically enlarge photos while retaining sharpness and enhancing intricate details.”

Most notably, Pixelmator Photo 1.4 now includes ML Super Resolution, which increases the size and resolution of images automatically. The results vary considerably depending on your source image, but at its best it is able to enlarge an image to three times its original size while maintaining sharpness and detail.

This feature is actually better than its first implementation on the Mac, as it now includes a quick comparison slider. After the image’s resolution has been increased, you can optionally swipe over to compare the results with the original. 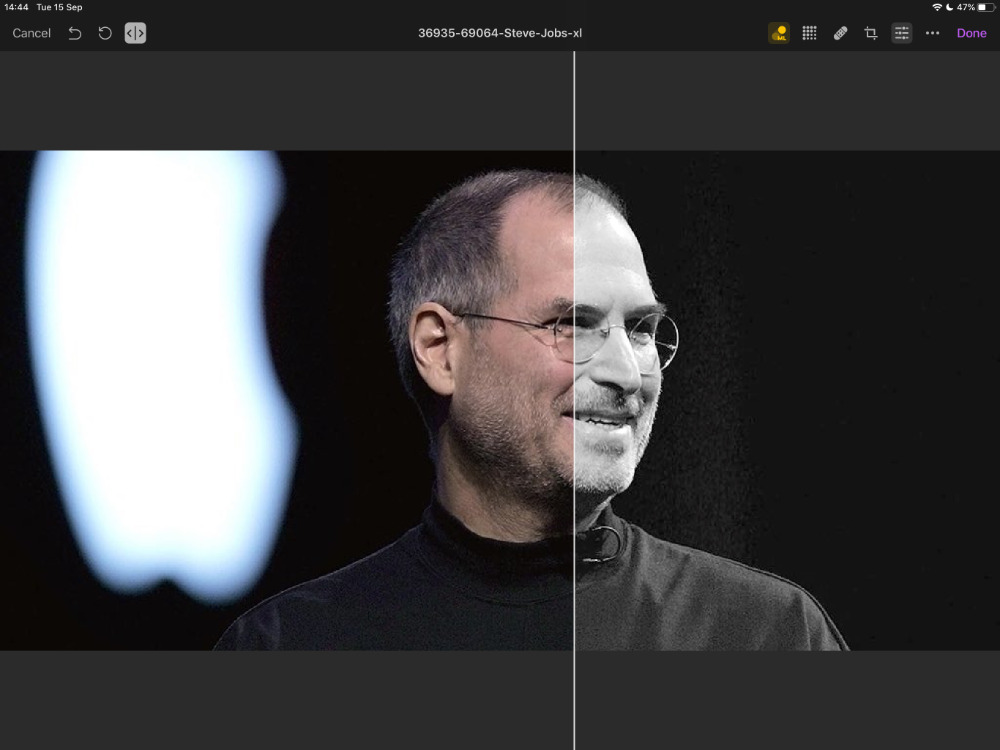 Pixelmator Photo 1.4 brings that same comparison slider to the existing ML Match Colors feature. This is a tool that, like grading in video, lets you take the colors from one image and paste them over another to make them match.

This latest update also adds support for the Apple Pencil’s double-tap gesture. And it includes enhancements to batch editing images, plus bug fixes.