While the Razer Kishi for Android has been out for a bit, today, Razer is announcing the availability of the Kishi for iPhone. In a first for Razer, this variant has full MFi certification to work with most current iPhones. With triggers, bumpers, clickable thumbsticks, and dedicated menu buttons, and a direct Lightning connection, it brings the console experience to iOS users. Head below to see it in action.

At its core, the Razer Kishi for iPhone is an expandable controller for mobile gaming. Unlike some of Razer’s other mobile controllers, the Kishi has a direct connection instead of Bluetooth for low latency input that really feels great.

With a layout similar to Xbox controllers, on the left, going from bottom to top, the Kishi has a home button, a d-pad in the middle, and a clickable thumbstick on the upper portion of the handle. Over on the right side of the controller, the Kishi has a menu button, clickable thumbstick, and four Face buttons similar to an Xbox. On top, both sides have a bumper as well as a trigger. 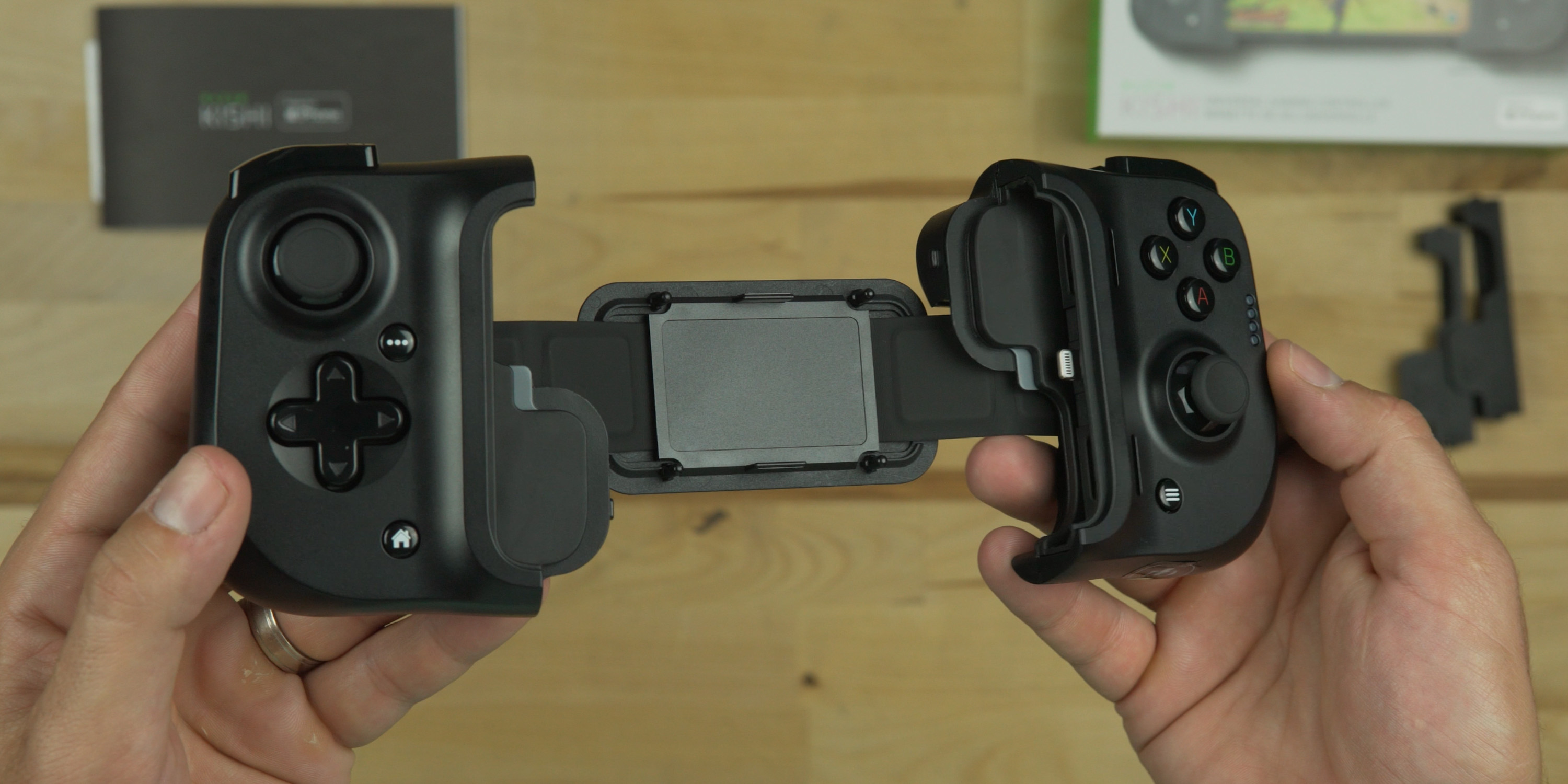 Getting the Kishi for iPhone setup is simple. First, pull the tabs on the back to pop off the retaining plate. With the plate disconnected, pop your phone onto the right side where the lightning plug is, and fit the left side over the top of your phone. Razer claims that most modern iPhone models should fit. While my iPhone 8 wasn’t on the list of phones in the press release, it fits fine in the Kishi, and with titles like Oceanhorn 2, Sneaky Sasquatch, and Asphalt 9: Legends, everything worked just as it should.

While it does take up the Lightning port on an iPhone, the Razer Kishi for iPhone has a Lightning pass through so a phone can be charged while using the controller. Since games can eat up a battery quickly, this is pretty necessary for long gaming sessions.

While great for charging while in use, the Lightning pass-through port won’t allow the use of headphones. If you want audio, you’ll have to go wireless. Of course, Razer recommends their own Hammerhead wireless earbuds. 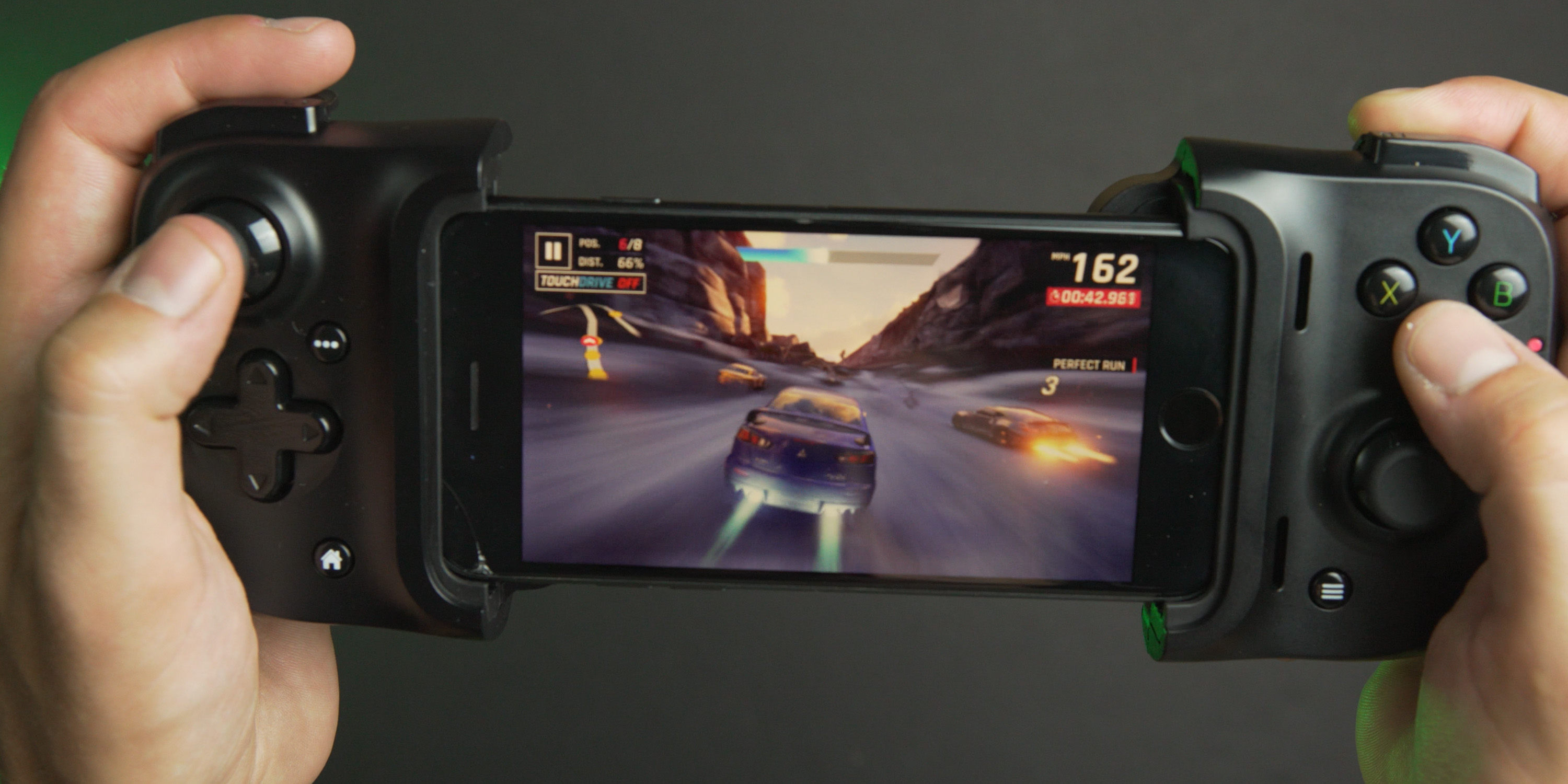 How does it feel?

All of the buttons and thumbsticks feel solid and satisfying on the Kishi. I would say the sticks have just a little more resistance than an Xbox One controller along with the satisfying tactile click when the sticks are pressed in.

XYA and B buttons also have a satisfying click when pressed without being too loud to cause any sort of distraction. The d-pad is a little bit on the softer side, but I didn’t have any issue using it.

The triggers don’t have a super far pull, but it’s not bad, either. They also aren’t quite as smooth as most console controllers that I’ve used. It’s not really noticeable in a shooter setting with quick trigger pulls. However, when just slowly actuating the triggers, the left one isn’t quite a smooth as the right. But, that’s about the only thing I can find on the Kishi that doesn’t feel top-notch. 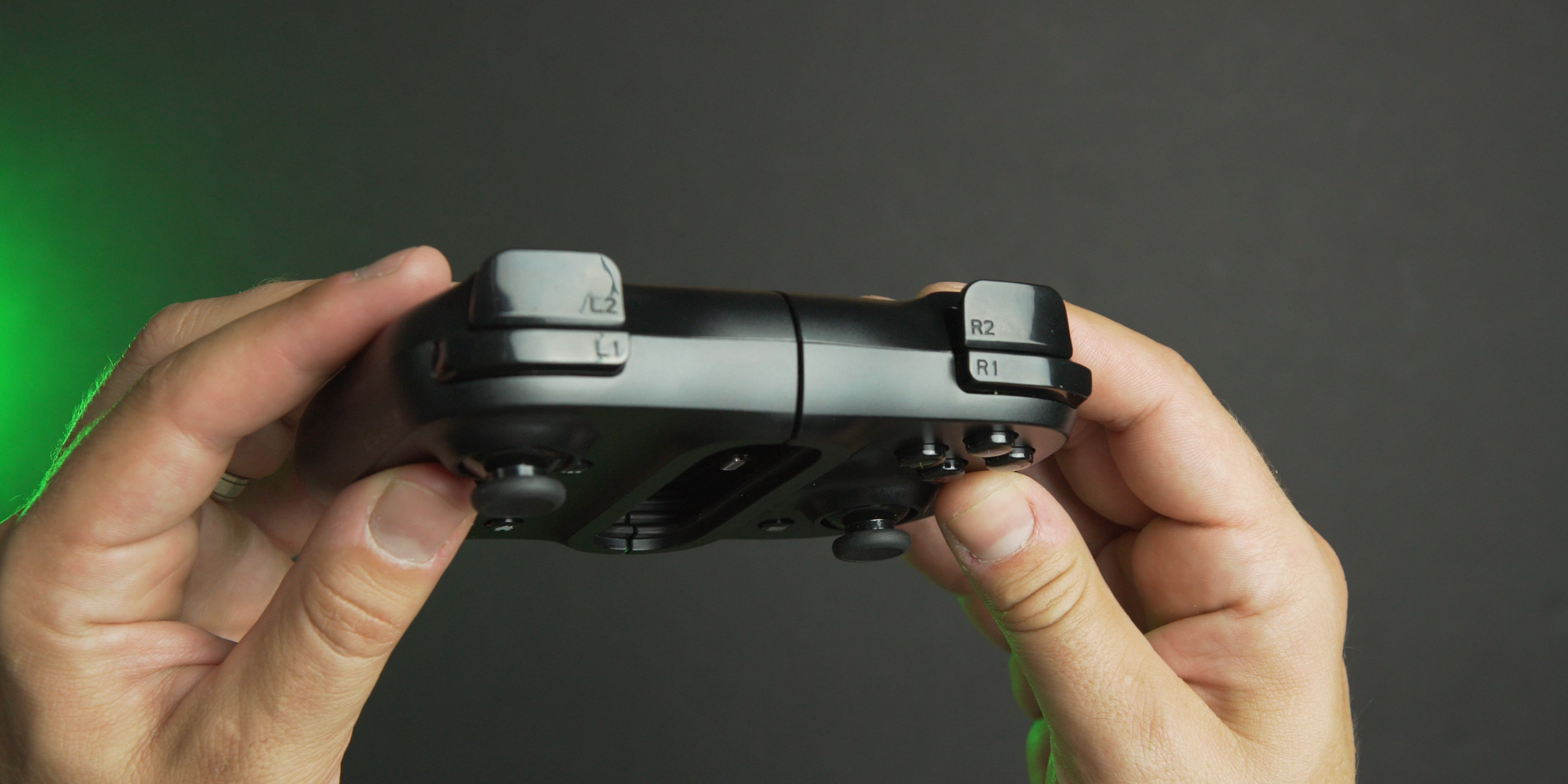 Unfortunately, Kishi won’t work with every game out there. Even some of the most popular titles like PUBG Mobile won’t utilize the Kishi’s input. But, for the titles that are supported, the Kishi is great. Any game that has MFi (Made for iPhone) controller support will work with Kishi right out of the box.

Exploring on Oceanhorn 2 was seamless and made controlling the character even easier. On Asphalt 9: Legends, having a thumbstick to control steering and triggers for boost and drift makes navigating tight roads and opponents much easier. 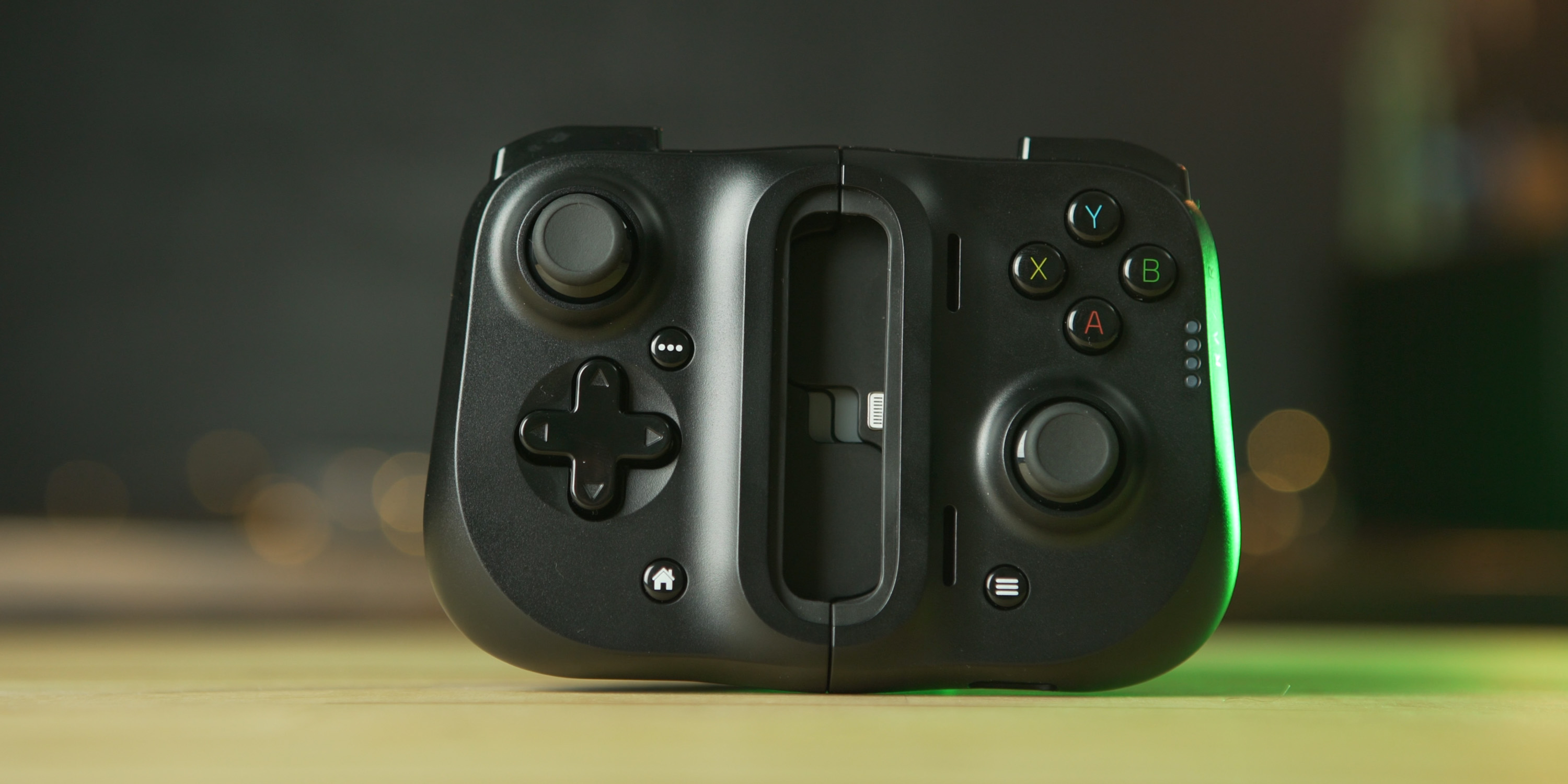 Overall, the Razer Kishi for iPhone is a powerful and easy to use accessory for the mobile gamer. If you’re trying to get the edge or just want to make iPhone gaming more like a console experience, then this is a great pick. It’s not cheap at $99.99, but the low-latency connection makes it a great choice for gaming.