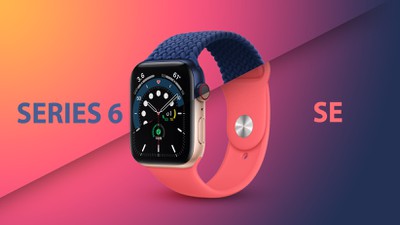 As these two models share many key features, including design, water resistance, and an optical heart sensor, it may not be immediately obvious which model is better for you. Is it worth purchasing the cheaper model with fewer features? Our guide answers the question of how to decide which of these two Apple Watch models is best for you.

Apple’s breakdown shows that the two models share an overwhelming majority of features. Even so, there are a small number of meaningful differences between the Apple Watch Series 6 and the Apple Watch SE that are worth highlighting, such as ECG and blood oxygen monitoring.

Read on for a closer look at each of these aspects, and see what exactly both of the latest Apple Watch models have to offer.

Both the Apple Watch Series 6 and Apple Watch SE come with a Retina LTPO OLED display, with a brightness of 1,000 nits. The key difference, however, is that the Series 6 has an always-on display. This means that even when you lower your wrist, the display remains on, so you can always see your watch face without having to raise your wrist correctly.

The Apple Watch Series 6 always-on display is up to two and a half times brighter than the Apple Watch Series 5 outdoors when the user’s wrist is down, making it much easier to see a watch face in bright sunlight. When their wrist is down, users can also now access Notification Center and Control Center, tap on complications, and swipe to change faces without having to wake their watch screen.

The Apple Watch SE does not have an always-on display, meaning that users will have to raise their wrist or tap the display to see their watch face.

Other than this feature, the high-resolution Retina displays themselves are the same between the two models. Unless you feel that you particularly need to see your watch face at all times without raising your wrist, the Apple Watch SE’s display will be more than adequate for your needs. 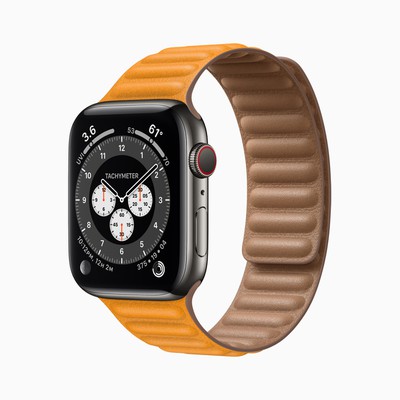 Only the Apple Watch Series 6 contains the U1 ultra-wideband chip. Apple says that the U1 on Apple Watch will “enable short-range wireless location to support new experiences, such as next-generation digital car keys,” but it is as yet unclear what else the chip may offer.

The distance between two devices that support ultra-wideband can be measured precisely by calculating the time that it takes for a radio wave to pass between the two devices, with much more accuracy than Bluetooth LE and Wi-Fi.

Although Apple has increasingly been implementing the chip on its new devices, it has yet to unlock substantial new features. Apple has so far only used the technology to power a directional AirDrop feature in iOS 13, but it has suggested more exciting use cases in the future. This suggests that the U1’s functionality on Apple Watch Series 6 may well be expanded.

Since the U1 chip currently has such few use cases, it is not worth getting the Apple Watch Series 6 simply because of it. Nevertheless, if you plan on keeping your Apple Watch for many years, the U1 chip will likely make it a much more future-proof model, due to the high chance that more functionality will come to it in the coming years. 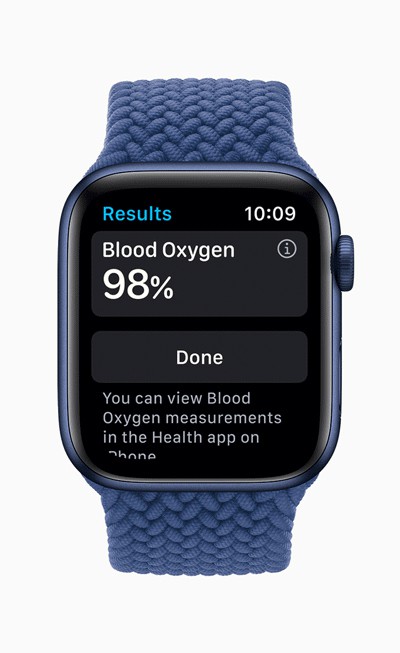 Apple Watch Series 6 offers blood oxygen monitoring; a brand new health monitoring feature never seen before on the Apple Watch. The feature measures the oxygen saturation of the user’s blood, so they can better understand their overall fitness and wellbeing. Oxygen saturation, also known as SpO2, represents the percentage of oxygen being carried by red blood cells from the lungs to the rest of the body, and indicates how well this oxygenated blood is being delivered throughout the body.

The Apple Watch Series 6 has a blood oxygen sensor on its rear with an array of four clusters of green, red, and infrared LEDs. They measure light reflected back from blood, and using an advanced custom algorithm, can determine blood oxygen saturation between 70 and 100 percent.

On-demand measurements can be taken using the Blood Oxygen app, and periodic background measurements are also taken, including during sleep. All data is visible in the Health app, and the user is able to track trends over time to see how their blood oxygen level changes.

Moreover, the Apple Watch Series 6 contains the electrical heart sensor from previous models that is used to take electrocardiograms, or ECGs. The Apple Watch Series 6 has electrodes built into the Digital Crown and an electrical heart rate sensor on the rear. With the ECG app, users touch the Digital Crown and after 30 seconds, receive a heart rhythm classification. It can classify if the heart is beating in a normal pattern or whether there are signs of Atrial Fibrillation (AFib), a heart condition that may lead to major health complications. All recordings, their associated classifications, and any noted symptoms are stored in the Health app in a PDF that can be shared with physicians.

The Apple Watch SE does not have a blood oxygen or electrical heart sensor to monitor either of these health statistics. However, the Apple Watch SE is not without the ability to record any health data.

Both models of Apple Watch retain what Apple calls an “all-day” battery life of around 18 hours.

Apple Watch Series 6, however, offers faster charging, completing a full charge in under one and a half hours, and improved battery life for tracking certain workouts, such as indoor and outdoor runs. The Series 6 has also been optimized to be theoretically unaffected by its always-on display.

Since the battery life of both models is virtually the same, it is probably not worth favoring the Series 6 simply on the basis of faster charging and slightly improved battery usage during particular activities. The Series 6’s battery and charging enhancements instead remain an important indication of how the device offers a range of small but meaningful improvements over the Apple Watch SE.

The Apple Watch Series 6 and Apple Watch SE share the same basic design, but differ when it comes to materials and color options.

If you prefer stainless steel, titanium, or a Blue, (PRODUCT)RED, Graphite, Titanium, or Space Black finish, you should get the Apple Watch Series 6 as it is the only model to offer these materials and color options. If, however, you are content with a light-weight aluminum casing, and basic Silver, Space Gray, or Gold finishes, then the Apple Watch SE will be sufficient. 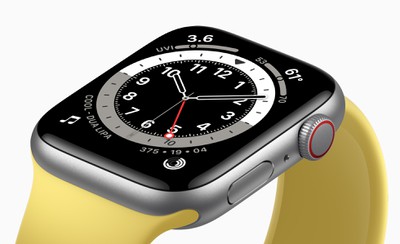 The Apple Watch SE will likely be the most popular model of the two, so for most potential customers, this will be the default choice. As it shares so many features with the Apple Watch Series 6, you should only choose the more expensive model if you value additional features such as the always-on display or advanced health monitoring and can justify the added cost.