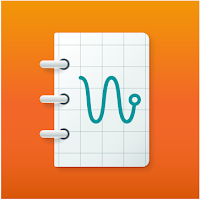 Five Observations You Can Make With the Science Journal App

1. Decibel Levels
Ask your students if a basketball clanging off of a rim is louder in an empty gym or a full gym? Have them make a hypothesis then test it in your school’s gym. (Check with your physical education teacher to make sure it’s okay to borrow his or her classroom).

2. Speed.
Have students record how quickly or slowly they walk down the hallway.

4. Light
Today, whenever I look out of my office window I am nearly blinded by the reflection of the sun off of the frozen snow. It was brighter earlier today when the sun was hitting the snow at a more direct angle. Students can use the Science Journal app to measure and compare the brightness of one place throughout the day.

5. Light and angles correlation
The Science Journal app has an inclinometer function. Have students use that function to measure the angle of the sun to a fixed position throughout the day. Have them use the light meter whenever they use the inclinometer. Then ask them to determine the correlation between the angle of the sun and the brightness at the chosen spot. They might be surprised at the results.