This week’s news was obviously dominated by Apple’s media event and the launch of iOS 14, but there was a lot to digest, so check out our summary below for the high-level view of the past week. 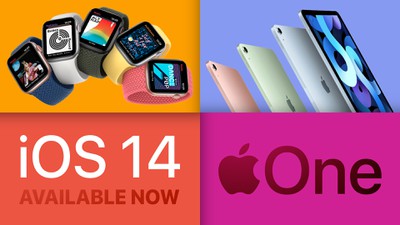 With the exception of the massively redesigned iPad Air, all of the new hardware introduced this week is starting to appear on store shelves and on customers’ doorsteps, while all of the new software updates bring some changes and new features to existing devices, so there’s lots to explore!

Apple hosted its virtual “Time Flies” event this week, where it introduced four new products, including the Apple Watch Series 6, lower-cost Apple Watch SE, a 10.9-inch iPad Air with an all-screen design, and an updated 10.2-inch iPad with a faster A12 Bionic chip. As expected, there were no new iPhones, which are believed to be coming in October instead. 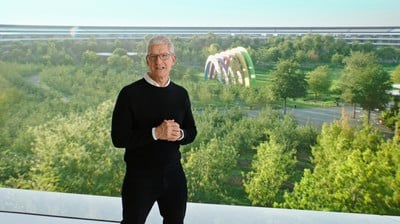 Apple also announced that it will be offering its various services in a bundle called Apple One starting later this year, including an all-new Fitness+ service that will offer “studio-style workouts delivered by inspiring world-class trainers” on iPhone, iPad, and Apple TV.

Apple’s event ran just over an hour, but we’ve condensed all of the major announcements into a seven-minute video. For more details about all of the new products and services unveiled, read our event transcript and the individual stories in our newsletter below.

Key new features of the Series 6 include blood oxygen measuring, up to 20 percent faster performance than the Series 5, a brighter always-on display, a next-generation always-on altimeter, and new casing options like blue aluminum and graphite stainless steel. 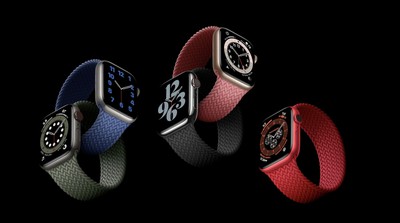 A handful of media outlets and YouTubers have shared first impressions and unboxing videos of the Series 6, providing a closer look at the device’s new color options, including the vibrant (PRODUCT)RED model. We’ve also had a short time to spend with our own Series 6, and we agree with most of the impression pieces that describe the Series 6 as an incremental update.

Apple Watch Series 6 is available to order now on Apple.com and through the Apple Store app, and has just begun arriving in customers’ hands. Pricing starts at $399 in the United States. 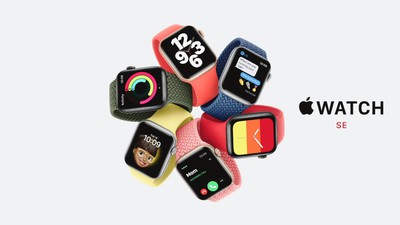 Apple Watch SE shares a handful of features with the Series 6, including fall detection, a compass, an always-on altimeter, Emergency SOS with international emergency calling, high and low heart rate notifications, irregular heart rhythm notifications, water resistance up to 50 meters, the Noise app, and compatibility with the watchOS 7 update released this week.

Priced from $279, the Apple Watch SE is available to order now on Apple.com and through the Apple Store app, and it is starting to make its way into customers’ hands now.

Shifting attention to the tablet side of things, Apple introduced a redesigned iPad Air with slimmer bezels, paving the way for an all-screen design similar to recent iPad Pro models. In addition, the new iPad Air is the first Apple device with Touch ID built into the power button. 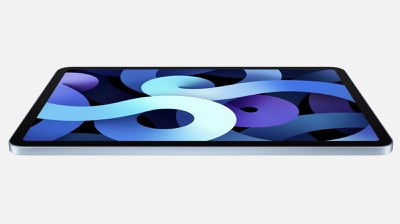 The new iPad Air features a larger 10.9-inch Liquid Retina display with True Tone support, a USB-C port, and an improved 12-megapixel rear camera. The device is powered by a new six-core A14 Bionic chip for up to 40 percent faster performance and up to 30 percent faster graphics than the previous-generation iPad Air.

The new iPad Air will be available starting in October on Apple.com and through the Apple Store app in 30 countries and regions. Wi-Fi models will start at $599, while cellular models will start at $729, with 64GB and 256GB storage capacities available. There will be five colors to choose from, including silver, space gray, rose gold, and all-new green and sky blue finishes.

Apple also upgraded its entry-level 10.2-inch iPad with a faster A12 Bionic chip. Pricing continues to start at $329.

Following several months of beta testing, Apple on Wednesday released iOS 14 and iPadOS 14, plus watchOS 7 and tvOS 14. We’ve shared a list of compatible devices for each software update here. 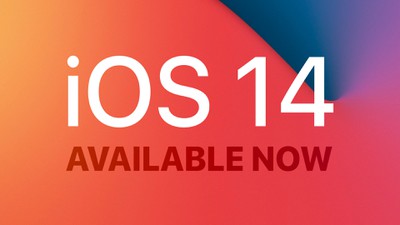 iOS 14 is packed with new features, including a redesigned Home Screen that supports widgets, the ability to set third-party web browser and email apps like Chrome and Outlook as default, picture-in-picture video support, compact interfaces for both Siri and phone calls, and much more.

With iOS 14 and associated other updates barely out the door, Apple has already moved on to a fresh round of beta updates, jumping straight to iOS 14.2, which adds new Shazam music recognition integration to Control Center and a delivers few other tweaks. iOS 14.1 will presumably be shipping with the new iPhones next month, with iOS 14.2’s public release to follow.

Apple has yet to announce a release date for macOS Big Sur, which is still listed as “coming this fall,” but the new Safari 14 update is now available for macOS Catalina and macOS Mojave users.

Apple this week introduced new “Apple One” bundles for its services, which will allow customers to subscribe to Apple Music, Apple TV+, Apple Arcade, and more for one set monthly price, with the total cost being cheaper than subscribing to the services individually. 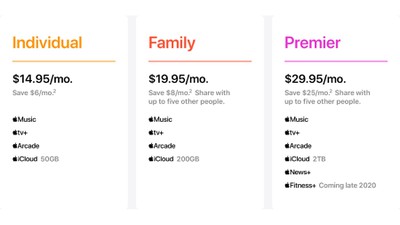 There will be three tiers of Apple One available starting later this year, including Individual, Family, and Premier. All three will include Apple Music, Apple TV+, and Apple Arcade, with varying amounts of iCloud storage, while the Premier tier will add Apple News+ and Apple Fitness+.

Fitness+ is a new service that will sync with the Apple Watch to help you stay fit. Priced at $9.99 per month on a standalone basis, the service will offer “studio-style workouts delivered by inspiring world-class trainers” on iPhone, iPad, and Apple TV. Apple says the service will launch before the end of 2020.