Mariah Carey has been interviewed by Oprah Winfrey for Apple TV+ show “The Oprah Conversation,” according to The Hollywood Reporter. 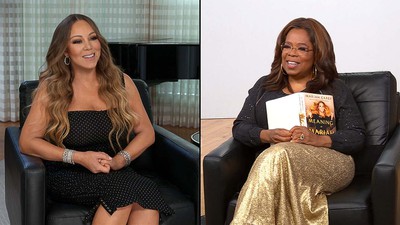 The virtual interview takes a look at Carey’s new memoir, “The Meaning of Mariah Carey.” Although Winfrey has interviewed Carey several times previously, this new interview is said to be a more intimate discussion with personal anecdotes.

Previous episodes of the Oprah Conversation have interviewed Emmanuel Acho, host of “Uncomfortable Conversations with a Black Man,” Professor Ibram X. Kendi, author of “How to Be an Antiracist,” and Bryan Stevenson, founder of the Equal Justice Initiative.

The Christmas special will feature Mariah Carey and a “star-studded lineup of surprise guest appearances” offering a “magical holiday journey to enliven the Christmas spirit around the world.” It will combine music, dancing, and animation, driven by a “universally heartwarming story.”