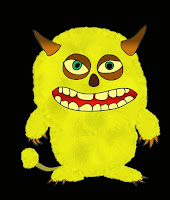 Spot the Troll is a quiz game that I recently learned about from Lee LeFever at Common Craft. Spot the Troll was developed by Clemson University’s Media Forensics Lab as a way to educate people about deceptive social media accounts.

Spot the Troll presents players with eight social media profiles. Based on the clues in the profiles players have to decide if the social media profile is genuine or a fake designed to spread misinformation. Players get instant feedback after making a guess at whether each account is real or fake. Whether or not the player is correct or incorrect Spot the Troll provides an explanation the signs that the account was real or fake.

If you play through the game and find that some of the profiles aren’t appropriate for your classroom, consider using some excerpts from the game to create your own lesson on spotting fake social media accounts.