A few people have wondered why Apple doesn’t just map fluoroelastomer Sport Band sizes to Solo Loop sizes. I can see why Apple doesn’t do that — they can’t assume everyone already has access to an Apple Watch with a Sport Band, and even for people who do have access to one, Apple can’t assume it’s the right size watch (38/40mm vs. 42/44mm). And to further complicate matters, each Sport Band comes with two sizes for the side with the holes: “S/M” and “M/L.” So that’s four separate mappings from Sport Band holes to the new Solo Loop sizes. 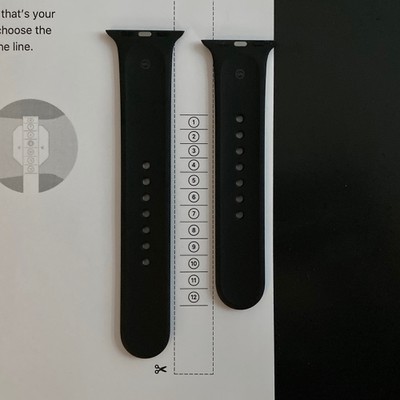 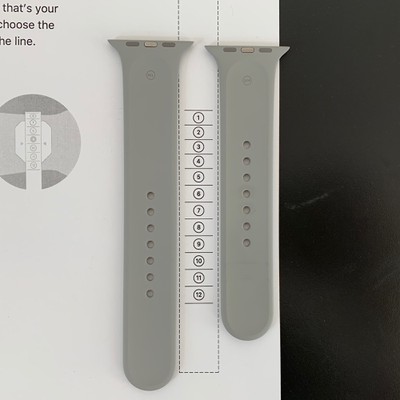 The news that it is possible to match Solo and Braided Loop sizing to the Sport Band will reassure many existing Apple Watch users who have been concerned about sizing issues and the potential need for an inconvenient return.

Regarding Apple’s measuring tool, Gruber points out that “I think you’re supposed to use the tool to precisely measure the circumference of your wrist, not to simulate the circumference of what you think would be a comfortable watch band,” and he believes this may be the result of much of the discontentment about Solo Loop sizing.