A recent Windows XP source code leak has revealed various unreleased themes that Microsoft developed in 2000, at a time when Microsoft was in heated competition with Apple regarding desktop operating systems.

One of the themes, codenamed “Candy,” mirrors the design of Apple’s Aqua interface, which was first introduced at the Macworld Conference & Expo in 2000. Aqua was an iconic Apple design and gave a sense of depth through the use of shadow and translucency, metallic textures, and rounded liquid-like assets. 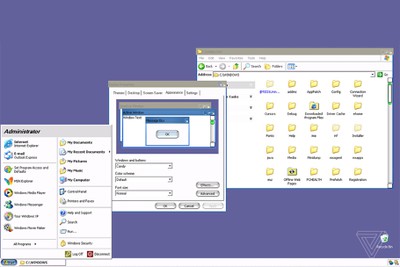 The theme was described as a “Whistler skin with eye candy,” with “Whistler” being the codename for Windows XP, and was marked as “for internal use only.” Though the theme was never finished, fundamental aspects such as the Windows Start button and various UI elements were a close match for Aqua.

Most striking is the replication of Mac OS X’s rounded water-like buttons. Windows developers reportedly used the theme as a placeholder to build the theme engine for Windows XP.

The theme was ultimately rejected in favor of the blue and green Luna theme for the final version of Windows XP released in 2001. The source code leak reveals another instance of the influence of the Mac on Windows behind the scenes.