A future Apple Watch or iPhone may warn users about poisonous gas or pollen in the local environment, with Apple coming up with ways to reliably sense the air using a combination of lasers and other sensors.

While not something people think about all the time, the air is an important element of life, but it is also potentially hazardous. Invisible issues could be in the air, such as pollen or poisonous gas, with it and other potential irritants able to cause harm to a person if inhaled in sufficient quantities.

Though items such as carbon monoxide detectors exist in the home and in portable forms, sometimes the compact versions aren’t small enough to easily carry around. Ideally, adding a gas detector to an item a user carries around or wears every day, such as a smartphone or smartwatch, would offer greater levels of protection, but current systems are not capable of being embedded in such a way.

In a patent granted to Apple titled “Particle matter sensors for portable electronic devices,” Apple suggests such a solution to the problem, by creating a component that can be installed into devices. Specifically, the patent deals with accurately detecting particulates in the air. 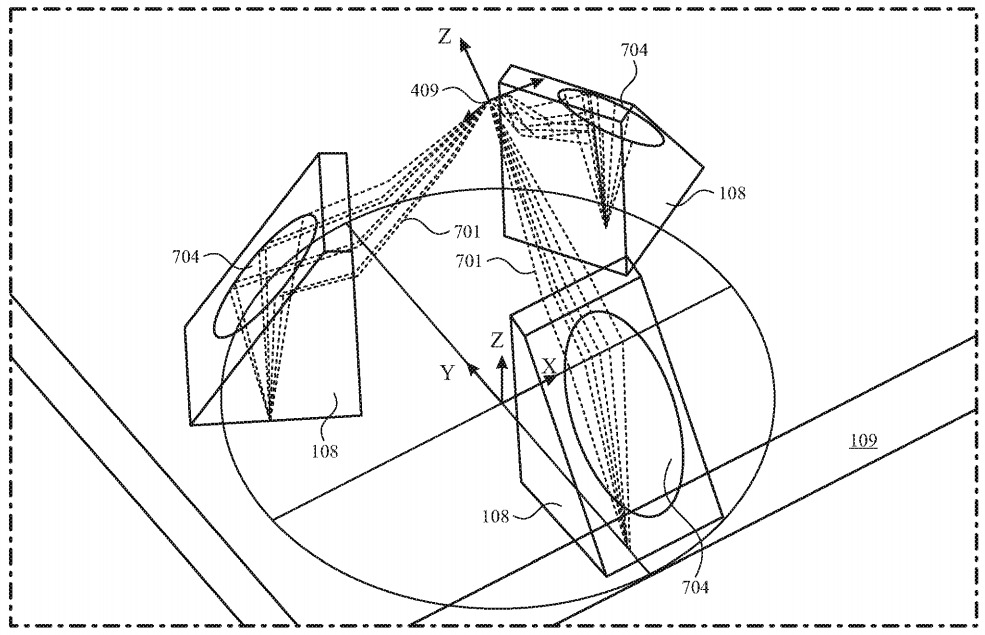 In Apple’s solution to monitoring the air, it proposes the use of three laser light sources, and three total-internal-reflection lenses, as well as relevant light sensors or photodiodes to receive light signals. Light emitted by the lasers are fed through the lenses and reflected towards a receiving sensor, with light refracted towards the sensor itself.

Apple suggests the stack could consist of sensor circuity on a base level, overlaid by the emitter and detector, followed by lenses on the top. This would mean that the light sensors and light sources would be in the same location, so the light would be bounced back to the point of origin.

A potential stack of components used in the particulate sensor.

Doing this would save Apple from needing to determine a destination point for the light and placing the detecting sensors far away from the emitter, saving space in the design. Apple also suggests the use of VCSELs, which it uses in hardware such as the iPhone’s TrueDepth camera array.

The system then uses the change in optical power emitted by each light source received by each sensor to determine particulates have crossed in front of the laser. By detecting backscatter and reflections of the light beams, this can be used to determine the volume of particulates in the air.

By using three sets of lasers in different positions, the arrangement is capable of detecting wind speeds and particulate counts in three-dimensional space, allowing for an accurate directional reading.

The system would emit three light beams in different directions, adjusting the beam positions over time, and detect changes in sensed reflected light in multiple convergent locations. The system could use this data to determine a flow speed and a flow direction based on the volume changes, which would help improve its count of particulates measured over a short period of time.

The volume of particulates is then estimated based on the readings and wind speed, as well as concentrations of particulate matter in the gas. 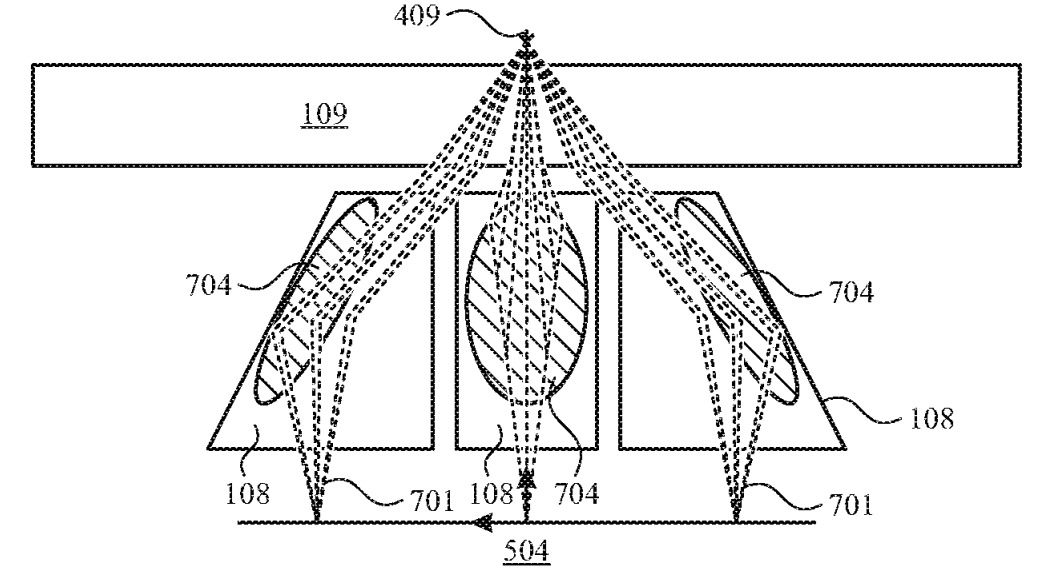 Another illustration of the tri-laser particulate sensing setup.

The patent lists its inventors as Mehmet Mutlu, James J. Dudley, Mark T. Winkler, and Wenrui Cai. It was originally filed on July 22, 2019.

Apple files numerous patent applications on a weekly basis, but while the existence of patent applications indicates areas of interest for Apple’s research and development teams, they don’t necessarily guarantee that the ideas will appear in a future product or service.

This isn’t the first time Apple has looked into the issue of gas detection. In January 2019, it suggested the creation of miniature gas sensors could allow for compact hazardous gas sensors to be included in an iPhone.