The updates to Siri in iOS 14 and iPadOS 14 extends far beyond its refreshed interface, with users now able to send audio messages and ask more of the iPhone’s virtual assistant. Here’s how to take advantage of Siri’s new functions.

The standout change for Siri in iOS 14 is its upgraded appearance. Rather than taking up the entire screen, Siri now only consumes a smaller part of your iPhone’s display, while still allowing you to see your currently-used app.

While the interface change has received the most attention, there are still other elements to Siri that have been introduced in the latest release.

This guide will explain how to use the new queries and functions.

How to send audio messages using Siri on iOS 14

You can optionally review the message by tapping the play button next to the recording in the compact box at the top of the screen. 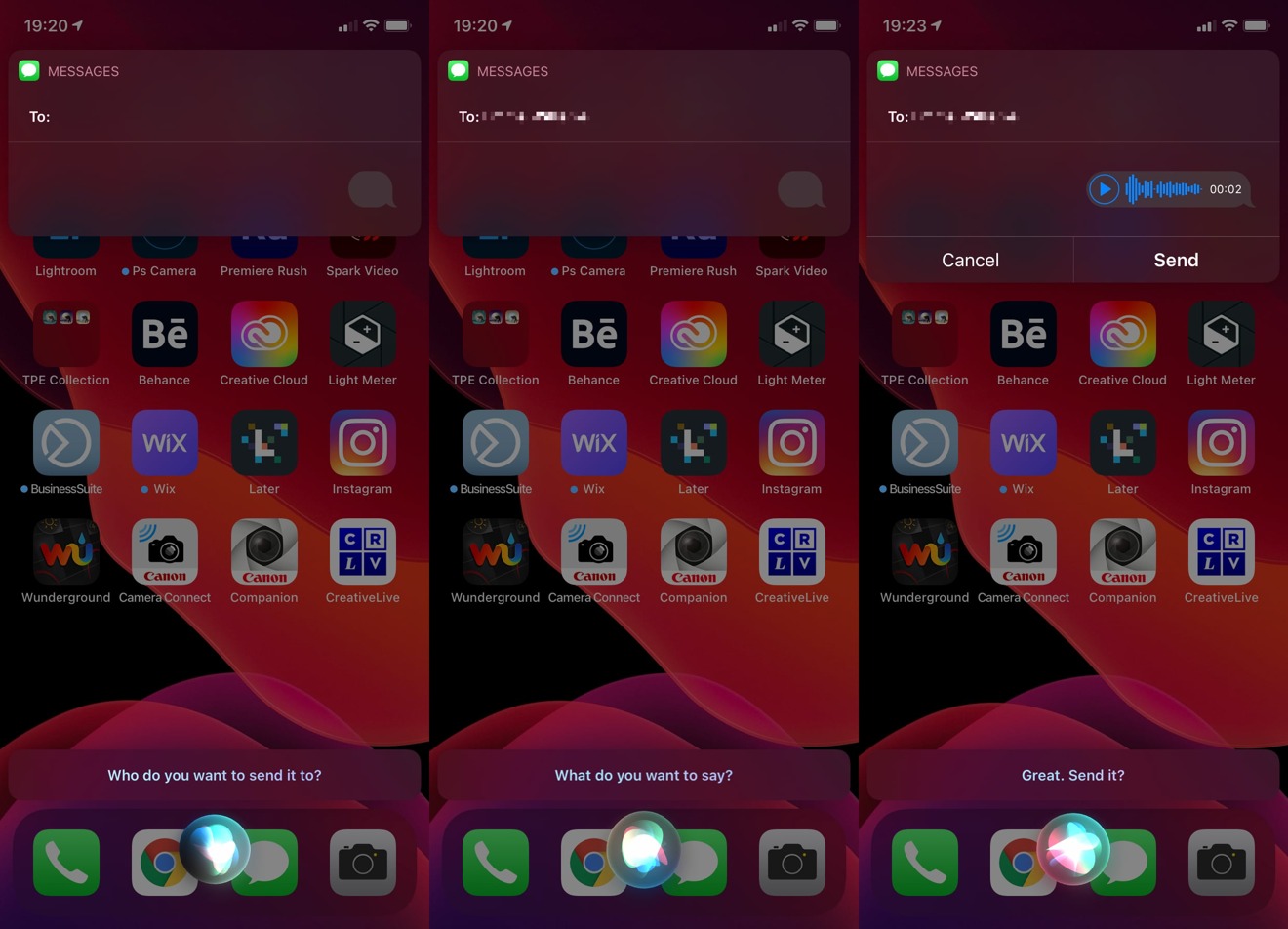 If you want to skip a step in recording the message, you can combine the pre-recording queries down to one statement, such as “Hey Siri, send an audio message to John Smith.”

How to get cycling directions from Siri in iOS 14

At this time, cycling directions are only provided in four areas, covering Los Angeles, the San Francisco Bay Area, New York, and parts of Mainland China.

A sharable ETA is only available when Apple Maps is being used for navigation, so ensure it is providing directions before attempting to share in the first place.

How has Siri translation been improved?

While Apple has included a new dedicated Translate app for real-time conversational translation, it has also provided limited translation capabilities via Siri for a number of years. It has been tweaked for 2020 with a few alterations.

For a start, Apple has updated the neural text-to-speech voice processing so it works beyond US English, including a number of English variations. This will help Siri sound more natural in both translations and in general speech.

What languages are supported for natural Siri speech in iOS 14?

Apple has also improved Siri’s capability to translate, with now able to do so between more than 65 pairs of languages.

What languages does Siri translate between

How much does Siri know?

Apple has put work into building up Siri’s knowledge graph, its bank of basic facts and knowledge about a wide assortment of items, which it can access without needing to refer to users to a specific website.

Siri now has 20 times the number of facts that it knew three years ago, so there’s more chance that a basic fact-based query will use the system. If not, Siri’s enhanced web answers system will attempt to work out the result, again without the user needing to browse the Internet. 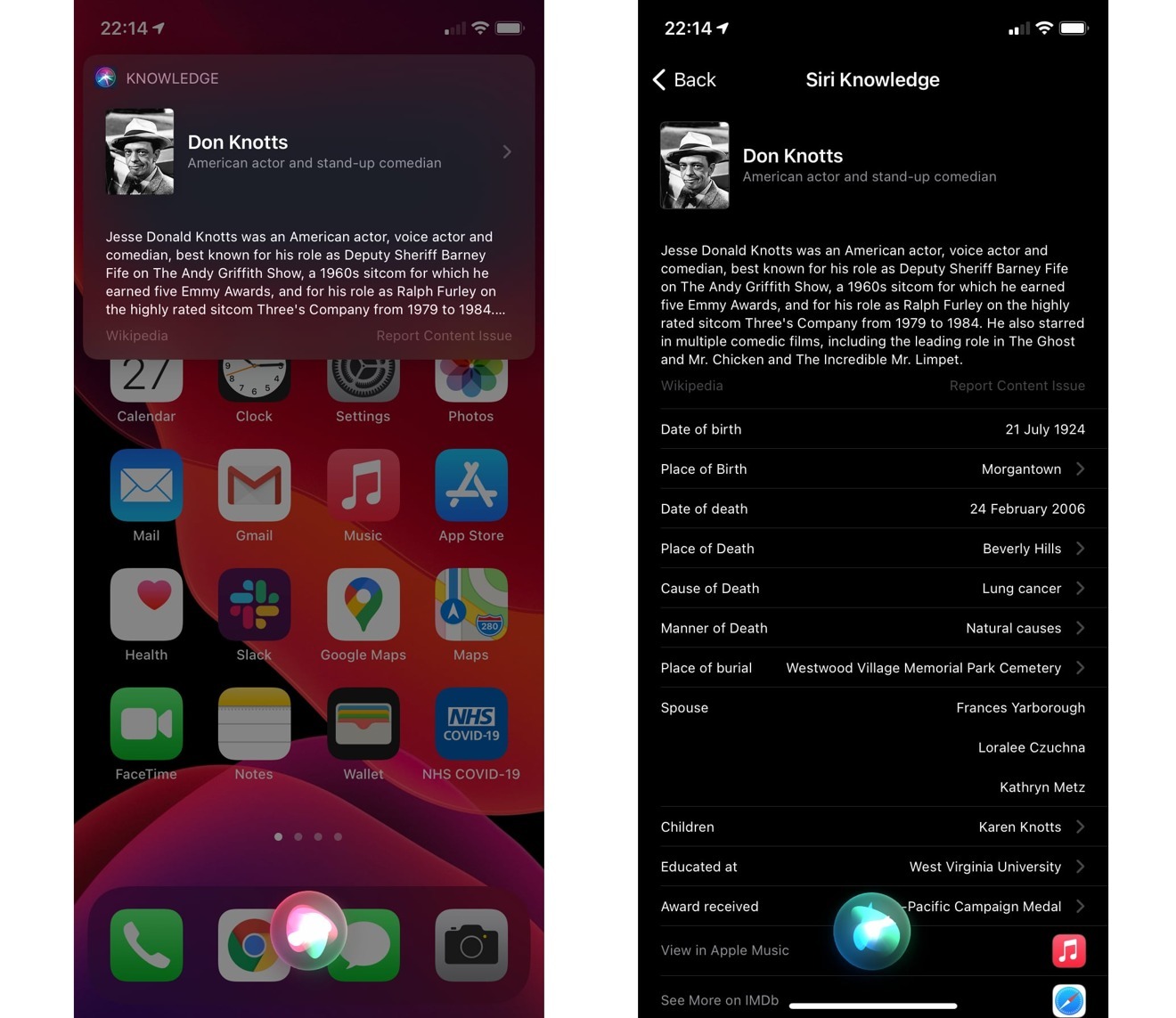 How to use Siri’s expanded knowledge in iOS 14

Each Siri Knowledge page also offers users a list of resources at the bottom of the screen, such as IMDB pages, Wikipedia links, or Apple Music listings.