Despite what FaceBook posters are claiming, no widget in iOS 14 is secretly capturing your keystrokes, because it is impossible for them to do so.

If you blinked in confusion at the claim widgets were this great security risk, we’re with you. If you looked at your iPhone and wondered what a calendar widget could possibly do with the information that you tapped on it once, we’re still right there with you.

The idea, though, is that having installed a rogue widget, it doesn’t just notice when you tap on it. Instead — and trust us, we cannot underline enough that this is such nonsense that we want to use a stronger word — it enables a keylogger.

That is, after you’ve installed this, anything you type is recorded and sent to a nefarious developer. All your passwords, all your account details, every one of those Messages — who knows, maybe even including emoji — now in the hands of a bad actor.

If there’s a department in Apple collating reactions to all of the new features in iOS 14, they’ve just opened a document they’ve called “Give us strength.” They might also be scribbling into it that you just can’t please some people.

Apple was doomed for not having Android-style widgets, now it’s destroying our lives and wrecking our children’s future. Or something.

Why this cannot happen

We don’t come to knock widgets, they are a great and useful addition to iOS that we are all having a very good time playing with. But really the only thing that is different between a widget and the app icons we’ve had since 2007 is the size, and what they use that size for.

No widget does anything else but show big icons and open an app when you tap on them. And that’s because no widget can do anything else.

The big icons are great because instead of just being an app developer’s logo, they can be actually useful. Widget icons can display text, images, news headlines, anything.

A widget may display lots of different information, but it is only displaying it, and it is only waiting for you to tap to open its app. Every widget might as well be an app’s icon, because there is nothing else going on here at all. 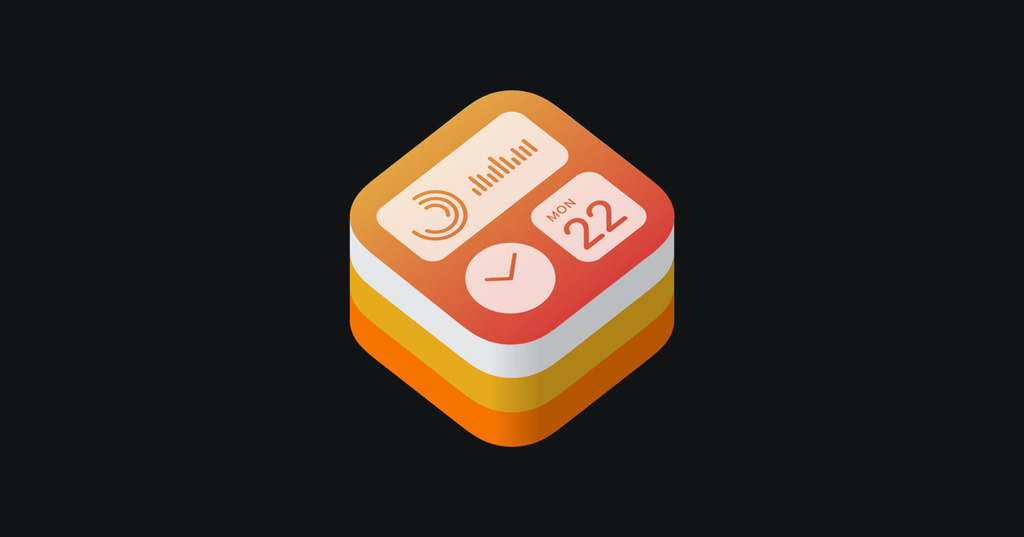 Apple’s logo for WidgetKit, the developer resource for making widgets.

Why people think this is true

We are tempted to say, “search us,” but there are reasons some people have thought widgets are doing this, and why others have agreed they must be. The first is that on upgrading to iOS 14, some users are getting notifications that their passwords have been compromised.

This is not iOS 14 shouting out your passwords to everyone, it’s iOS 14 doing a good job of notifying you of a problem. If you’re really lucky, it’s a recent problem. More likely, you’ve been using passwords on sites that have long since been compromised.

Then most people who are adamantly saying online that widgets are evil, are saying it because their phone slowed down suspiciously when they installed the widget.

They didn’t install the widget. They installed iOS 14 and then they installed a third-party widget, or they added one of Apple’s built-in ones.

The key thing there is iOS 14. Any update of the operating system is a huge difference and it will regularly slow down your device at first while it rebuilds the indexes that make search work. The indexes that mean when you want to launch an app, iOS knows where it is and opens it immediately.

People who think it’s more than this are convinced that anyone capturing your keystrokes must have done it so badly that they visibly slow your phone. People who are certain that this is what happened have even been known to completely wipe their iPhones of all data and start again from nothing.

Yes. Your iPhone will be faster. It would be faster anyway if you’d just waited a while, but a completely wiped iPhone with nothing on it will feel faster because there’s no search index rebuilding going on. Because there’s nothing there to search.

We would love for widgets to be more interactive, to be more than posters for their main apps, but they’re not. Right now, they cannot be.