Apple is exploring the use of high-speed but short-range optical wireless communication systems to aid self-driving vehicles, such as the rumored “Apple Car”.

Autonomous vehicles need to upload and download massive amounts of data to safely and effectively an environment. Although sensors and computer vision play a role, self-driving cars still require external data such as current traffic and mapping information.

But, in its patent application, Apple has outlined several technical solutions that could be used to mitigate or eliminate those bottlenecks. 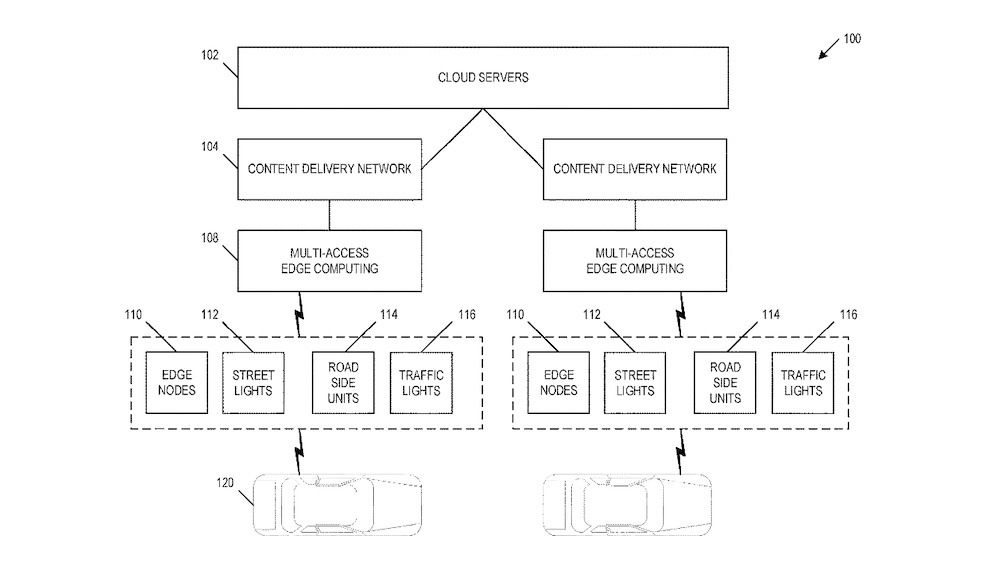 More specifically, OWC hardware can be taken advantage of when a self-driving vehicle is within range of city infrastructure outfitted with the proper mechanisms.

This solution could be used as a quality of service system, which could provide self-driving cars the ability to determine and share data — even if they face a loss of connection or other service interruption.

The data that may be transmitted from a vehicle to the cloud, or vice versa, could include smart parking information; over-the-air firmware or software updates; entertainment services; weather alerts; and traffic information.

Compared to fully wireless systems like 5G, the OWC city infrastructure plan could mitigate issues with bandwidth for real-time services. For example, 5G connectivity would likely require several communication paths, or “hops,” and each would add latency to a signal.

In other words, smart city infrastructure could provide connectivity to a self-driving car through OWC hardware. But, of course, it would require a massive network of smart IoT devices in across cities to function effectively.