September 2020 was the first September in eight years where Apple didn’t launch a new iPhone. However, in the midst of App Store and antitrust battles, it did rather well with iOS 14, a new iPad Air, and Apple Watch Series 6, plus a new fitness program, and the Apple One services bundle.

You have to go back to 2011 to find the last time that Apple didn’t bring out a new iPhone in the month of September. Even then, it was close — the iPhone 4s was announced on October 4, 2011.

So bumping the iPhone to October does have a precedent, but of course the coronavirus does not. And if Apple wasn’t able to bring out the “iPhone 12” on schedule, still it did a remarkable job releasing anything at all.

September 2020’s “Time Flies” event was another virtual one instead of the old in-person, on-stage, live presentations. Apple does these videos so extremely well that you can forget how hard they are to make, and you can forget how devices have to be ready to show in time for filming.

In its second longform video launch of the year, Apple again whisked us around Apple Park — with Craig Federighi having to duck out of our way — and released four major hardware releases. Plus there was a bundle of services, and a new fitness addition, too.

This was arguably the major announcement, the tentpole for the whole launch — or at least, according to Apple. The new Apple Watch Series 6 got a lot of attention, a lot of noise, and it is without question the very best Apple Watch ever made.

It’s also, without any question at all, the best smart watch that there is. And yet for all it added, for all the new health features and improvements, it wasn’t a giant leap forward.

Or if you’re Apple, it’s the big step up from the Apple Watch Series 3. All of the comparisons Apple made were to that model, the oldest Apple Watch still being sold.

Apple also came as close as it ever does, or perhaps ever will, to using the word “cheap.” The Apple Watch SE is aimed at everyone who hasn’t yet got an Apple Watch, and for them the key feature is its lower cost.

So Apple wants to spread the appeal wider, it wants to grow the market for Apple Watches. That’s hardly a new thing, but September’s event also seemed to press down hard on this with the new iPad releases.

Not one iPad, but a new iPad and iPad Air

It was expected that a new iPad would be announced, chiefly because it was clear from regulatory filings late in August that some were coming. However, Apple managed to make a big deal out of its updates to the regular 10.2-inch iPad — and then an even bigger deal about the new iPad Air 4.

That’s quite a feat that Apple managed. Here’s a brilliant new product, but then here’s one that’s even better. The new iPad Air 4 is indeed better than the new 2020 iPad, which shouldn’t be a surprise given their $270 price difference.

What perhaps was a surprise was how you can now make a really strong case that the iPad Air 4 is a better buy than the 11-inch iPad Pro. That costs $200 more and it does offer benefits, but so few that Apple might as well have put a sign up saying a refreshed 11-inch iPad Pro is coming soon.

Apple One bundles and Fitness

Apple’s plan for its September event was less “Time Flies,” and more “Make Things Affordable.” That makes great sense given the current world situation, except that can’t be why Apple is doing it — or why it began doing it a surprisingly long time ago.

The Apple Watch SE follows the iPhone SE, and the MacBook Air, in keeping to Apple’s repeated emphasis on quality, but adding a new cost-conscious element. And Apple also brought that same approach to its services with the announcement of Apple One.

This is the reasonably long-rumored bundle of Apple services under one fee. It means you get ones you want, like Apple Music, together with ones you’re not that fussed about, like Apple Arcade, and in theory you pay less. 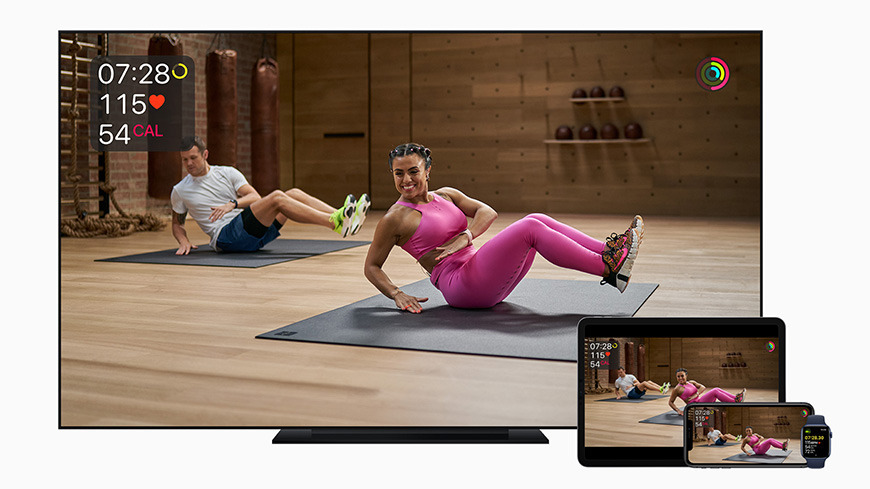 Apple is determined to keep us fit

In practice, the varieties of bundles that will be available, when this launches later in 2020, are pretty specific and limited. You may save, but you may not, and it all comes down to precisely the collection of Apple services that you have now — or that you want.

Perhaps tipping the scale, though, is how Apple’s list of services has now grown by one. Apple Fitness+ was announced this September and it is either $9.99 per month — or is included “for free” in the most expensive Apple One Premier bundle.

Apple One still sounds like a starship, but in the right circumstances, it is a good deal. If you don’t happen to use a mix of Apple services that would get you a saving, then that’s a shame, but you don’t lose out.

You might well have expected there to be some complaints from people who’d like more options for Apple One. But what you surely couldn’t have foreseen was that it would be Apple One that anybody would get upset about.

Spotify leapt on the new Apple One bundle as somehow being Apple stifling the market. Apple replied by saying “Eh?”

Okay, Spotify actually said that Apple One “threatens our collective freedoms to listen, learn, create, and connect.” And Apple actually responded that “customers can discover and enjoy alternatives to every one of Apple’s services.”

“We’re introducing Apple One because it is a great value for customers and a simple way to access the full range of Apple’s subscription services,” continued Apple. “We’ll be recommending the Apple One plan that saves you the most money based on the subscriptions you already have.”

In case that didn’t persuade Spotify, Apple also threw in the fact that “you can cancel anytime.”

Apple would’ve obviously liked September to be the month where its “Time Flies” event dominated, and where its lack of an iPhone launch wasn’t a problem. Instead, right alongside its launches, Apple got more and more of companies like Spotify basically dissing it.

None more so that Epic Games, the maker of Fortnite, whose dispute with Apple goes back to August. In September, though, Epic Games first warned its users that Apple was going to shut off the use of Sign In With Apple — and then told them that Apple had backed down.

Apple told the US District Court for the Northern District of California that Epic Games was really just using all of this as a “marketing campaign” to boost flagging interest in Fortnite.

In a hearing, Judge Yvonne Gonzalez Rogers repeatedly said that the whole case was of Epic’s own doing. However, she also said that there were antitrust issues to consider.

The judge proposed that the case should go forward, and be decided in a jury trial. Apple had wanted that, but reportedly then agreed with Epic Games to have the case be decided without a jury, in order to speed proceedings.

But, speed is relative. The trial looks like it will start in July 2021, but the appeals and so forth may take years.

After months of people complaining about the App Store, and Apple attempting to defend it, the company rolled up its sleeves and amended its rules. Not by a giant amount, but one of the changes does mean that streaming game services could now be allowed. 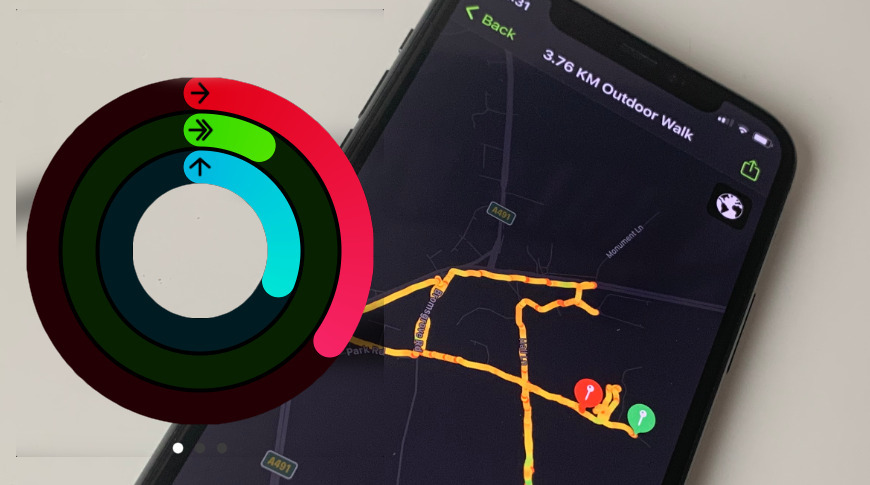 It wasn’t just big companies who had complaints, though, as some Apple Watch users were seeing problems too.

Apple’s other launches in September

The problems with Apple Watch failing to record GPS data when you’d just been on a nine-mile hike, were down to issues with watchOS 7. However, overall the reception for both that and iOS 14 have been mostly very positive.

Apple did make developers choke on their lunches, though, when it decided to announce the imminent availability of iOS 14 during the “Time Flies” event. Developers suddenly had 24 hours to make their final updates to ensure compatibility, and few made it.

Predictably, but still disappointingly, developers did get criticisms from users for not being ready for iOS 14.

Whereas Apple got a lot of praise for how iOS 14 now let users choose to replace key Apple apps with third-party ones that, presumably, were ready. While there are still limitations and security conditions, Apple has made it possible to switch away from Mail, and Safari.

It’s a bigger internal iOS change than it might appear, though, and it wasn’t done without some bumps along the road.

September wasn’t all about Apple

You could say the same thing about TikTok in September, which initially seemed to have been given a choice by President Trump. Either sell to a US company by September 20, or be banned.

In August, it had been less than the clear choice it seemed, but in September it became simultaneously clearer and more acrimonious. TikTok secured a deal with a US consortium of Walmart and Oracle, but President Trump said no anyway.

Then he said yes. But a judge also stopped his executive order banning WeChat on similar grounds, and on the same date.

This story keeps going, but on the surface it appears to be an issue between the Government, TikTok, and WeChat. It’s potentially crucial for Apple, though, as a WeChat ban is likely to severely damage iPhone sales in China. 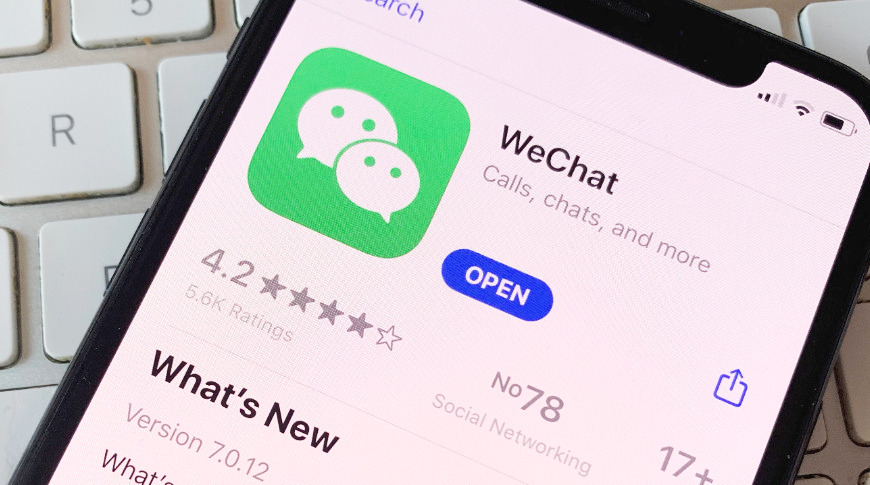 WeChat on iOS, for now.

September also saw another deal which doesn’t involve Apple directly, but which the company will have been watching carefully. As we all wait for Apple Silicon to launch with Apple’s own design of ARM processor, the ARM company has been sold.

Nvidia announced that it is buying the company for $40 billion. It plans to build an Artificial Intelligence supercomputer.

AppleInsider‘s reviews of the month tend to ignore rumors that circulated at the time. Often by the end of the month, such rumors have been confirmed or when there’s an Apple event, either proved or disproved.

However, September did see a lot of predictions about the future and if most of them will be settled whenever Apple releases the “iPhone 12” range, one will not be. It’s the question of what will happen to Tim Cook.

In September, we learned that Apple is increasingly looking at its succession plan for whenever Cook steps down.

Just as happened when Steve Jobs handed over to Cook, we can only really know that Apple does have a plan, we can’t know what it is. But speculation is that Cook’s obvious replacement is Jeff Williams, Apple’s Chief Operating Officer.

It won’t happen in October, though. Whereas the “iPhone 12” launch will — and we can get on with looking for more rumors about the “iPhone 13.”