A wide selection of Disney movies are showing as available in 4K on the iTunes Store as of today in the United States and Canada, including many Marvel, Pixar, and Star Wars titles. However, not all movies are listed as 4K at this time. 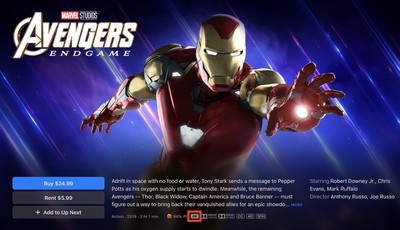 iTunes Store content became available in 4K in 2017 in time for the launch of the Apple TV 4K box, but Disney movies were a notable exclusion.

Disney movies are not showing up in 4K in all countries. In the United Kingdom and Australia, for example, users are still seeing playback limited to HD.