Microsoft’s vice-president of gaming, Phil Spencer, has told employees that the company is still intending to bring Game Pass streaming to the iPhone and iPad, according to Business Insider. 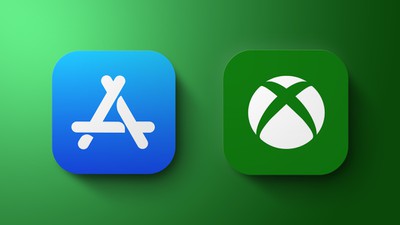 Project xCloud was the working title of Microsoft’s Game Pass cloud streaming service, which it says is its “vision for game-streaming technology that will complement our console hardware and give gamers more choices in how and where they play.” The streaming service is bundled as part of the Xbox Game Pass Ultimate subscription for $14.99 per month, with more than 100 games available.

Despite extensive testing via TestFlight on iOS, xCloud’s launch on iOS was indefinitely postponed in August. Apple’s App Store rules meant that Microsoft was unable to stream multiple games from the cloud via a single app, because Apple believes that its inability to review each game in the service’s library is a potential security risk. Game Pass streaming would only be viable if each game was available as its own app under Apple’s rules.

However, Microsoft seems to have renewed its intention to get Xbox cloud streaming on Apple devices using a workaround that would avoid the App Store. “We absolutely will end up on iOS,” Spencer told Microsoft employees, according to Business Insider‘s sources.

Microsoft is reportedly targeting 2021 for the release of a “direct browser-based solution” to get around Apple’s ‌App Store‌ restrictions and reach a considerably larger number of potential customers.

At the end of last month, Microsoft began publicly testing a new version of its Xbox app that lets Xbox users play games remotely on their iPhones and iPads using streaming over WiFi.