Apple’s virtual “Hi, Speed” event kicks off today at 10:00 a.m. Pacific Time, with Apple expected to debut four new models as part of its iPhone 12 lineup, as well as a new HomePod mini. Claimed official press images of all of the new devices have already leaked this morning, and it appears that rumors of no additional major hardware releases at today’s event may be accurate. 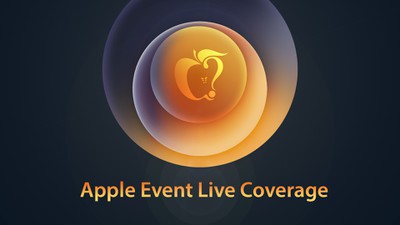 Beyond those two major product announcements, rumors indicate we may seem sort of official Apple wireless chargers, with Apple reviving its “MagSafe” branding to describe magnetic alignment capabilities with the ‌iPhone 12‌ lineup to help make sure your device lands in the proper spot on the charger. We may also hear more details about the Apple One subscription bundles that were announced at last month’s event.

Other rumors have suggested that AirPods Studio headphones and AirTags item trackers won’t be making an appearance at today’s event, while the first Apple Silicon Macs may not make their debuts until next month. It’s possible we could hear something about a macOS Big Sur release date today, although that could also be held until a Mac-focused event in November.

Apple is providing a live video stream on its website, on YouTube, and in the company’s TV app across its platforms. We will also be updating this article with live blog coverage and issuing Twitter updates through our @MacRumorsLive account as the keynote unfolds. Highlights from the event and separate news stories regarding today’s announcements will go out through our @MacRumors account.

Sign up for our newsletter to keep up with Apple news and rumors.

Live Updates – No need to refresh