For months, it has been rumored that iPhone 12 models will not come with a charger in the box, and Bloomberg‘s Mark Gurman now claims that this move will extend to Apple’s entire iPhone lineup following its event today, including the iPhone SE. 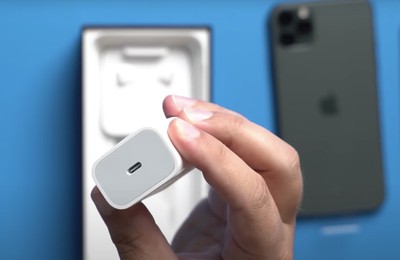 This morning, reputable leaker Evan Blass shared what appear to be official images of the entire iPhone 12 lineup, along with images of the so-called HomePod mini, which is also expected to be introduced at Apple’s event today.

Apple’s event begins at 10 a.m. Pacific Time today — here’s how to watch. Follow along with MacRumors for live coverage of the announcements.

Update 9:01 a.m.: In a follow-up Tweet, Gurman says EarPods will also be removed from all iPhone models in Apple’s lineup and that the USB-A to Lightning cable will become a USB-C to Lightning cable. As a result, boxes for current phones like the iPhone SE that will continue to be sold alongside the iPhone 12 lineup will “shrink considerably.”