iFixit has today shared a teardown of Apple’s new MagSafe charger for the iPhone 12 and iPhone 12 Pro.

An X-ray of the MagSafe charger courtesy of Creative Electron reveals the internal charging coil surrounded by a circular arrangement of magnets within the puck. 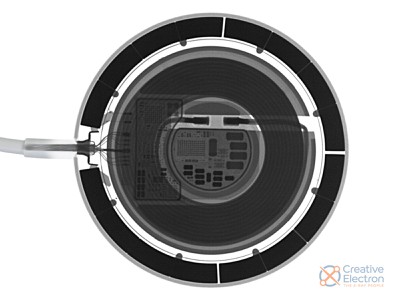 The only seam that iFixit was able to leverage to open the device was where the white rubber circle meets the metal rim, which was connected with a strong, heat-sensitive adhesive. 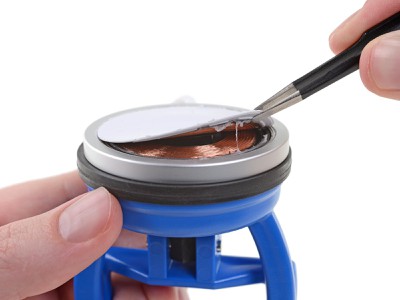 On the underside of the white cover was an etched copper sticker that traced to four corresponding leads spaced around the outside of the charging coils. Under the coils was a shielded circuit board. 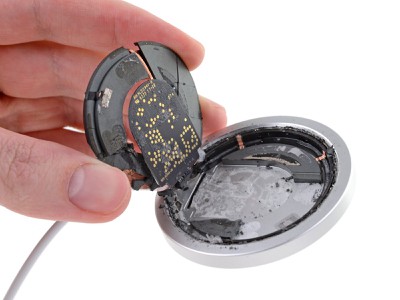 iFixit also offered a comparison with the Apple Watch charging puck, which internally appears to be surprisingly dissimilar to MagSafe. The main difference is the dark ring of magnets around the exterior in the MagSafe charger, which corresponds to magnets within the ‌iPhone 12‌ and ‌iPhone 12 Pro‌. The Apple Watch charger instead uses a single magnet in the center of the puck to align.

iFixit is expected to release a teardown of the ‌iPhone 12‌ and ‌iPhone 12 Pro‌ shortly.