Apple todays seeded the first beta of an upcoming macOS Big Sur 11.1 update to public beta testers, with the beta coming a day after the developer release and two weeks after the launch of macOS Big Sur 11.0.1, the release version of the software. 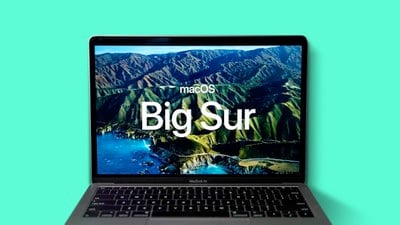 Beta testers who signed up for Apple’s beta testing program can download the ‌macOS Big Sur‌ beta through the Software Update mechanism in System Preferences after installing the proper profile.

Mac users who want to be a part of Apple’s beta testing program can sign up to participate on the beta website, which gives users access to iOS, macOS, watchOS, and tvOS betas.

There’s no word yet on what’s included in ‌macOS Big Sur‌ 11.1, but it likely includes performance improvements, security updates, and fixes for bugs that weren’t able to be addressed in the release version of ‌macOS Big Sur‌. No significant new feature changes were discovered in the first developer beta.