Apple’s newly released HomePod mini features a USB-C power cord that plugs into a separate power adapter, and there was speculation that the cord could perhaps be removed, but that’s not the case. 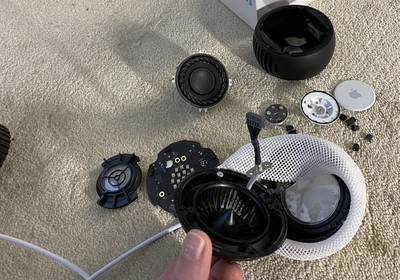 In a home teardown, MacRumors forum member ouimetnick found that the power cord is not meant to come out and it is not replaceable if it is removed.

The standard HomePod also comes with a cord that’s not meant to be removed, but it can technically be pulled out with enough force and then reattached. That does not appear to be the case with the ‌HomePod mini‌, and attempting to remove the cable can lead to damage to the speaker. 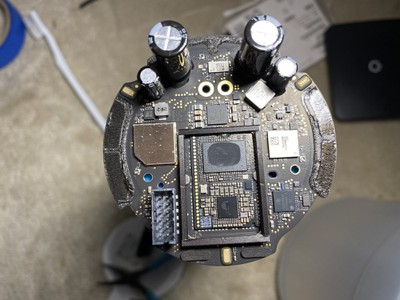 The quick home teardown also walks through disassembling the ‌HomePod mini‌ and shows off the built in S5 chip that powers the device. Most people won’t need to open up the ‌HomePod mini‌, but it’s a useful look inside in lieu of iFixit’s traditional teardown.