The developers behind the Brave browser today announced some changes for the iOS version of Brave, which are being implemented to comply with Apple’s App Store rules. 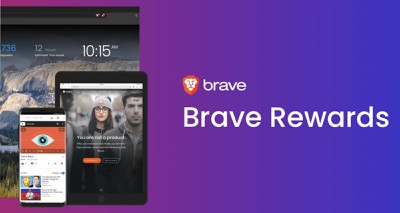 A new version of the Brave browser being released today for the iPhone and the iPad removes features that allowed people to earn rewards for browsing and to tip creators. Brave has a system that allows those using the browser to earn money for viewing ads, which can then be given to preferred content creators.

Brave Rewards is built on the Basic Attention Token (BAT) and is a new way to value attention, connecting users, content creators, and advertisers. Users are rewarded in BAT with 70% of the ad revenue share of the privacy-preserving ads they opt into viewing, and they can support content creators they love by rewarding them with BAT. There are currently over 985,000 Brave verified content creators.

With the release of iOS 14, Apple told Brave that the Brave Rewards system was not compliant with ‌App Store‌ guidelines 3.1.1 and 3.2.2. The 3.1.1 rule prevents apps from giving a tip to a person unless what’s provided is purchased through in-app purchases, while the 3.2.2 rule prevents “tasks for cash.” Brave’s developers say that this guideline is aimed at preventing apps from asking users to give 5 star ratings in return for points, and that Apple has likened the opt-in viewing of Brave Ads as tasks for cash.

Though there is no path for earning rewards from viewing Brave ads on iOS going forward, Brave says that it hopes that users will continue to opt in as Brave still plans to provide creators with monthly donations.

Brave’s developers are “disappointed” with the update, but say that Brave users can continue to enjoy the “same fast and privacy-preserving iOS browser they know.” These changes will not apply to the desktop version of the app or the Android versions.