Nomad’s latest Apple Watch band is a reimagined active lifestyle option that is comfortable, easy to connect, and puts off a more rugged aesthetic.

Apple Watch bands continue to be a hit for Nomad, with the company releasing several new models as of late. This time we are focusing on its Sport Strap.

The band only ships in a black option with grooves down either side, and is made of an ultra-durable fluoroelastomer called FKM. Used frequently in other industries, such as the automotive world, it is heralded by Nomad as being extremely resistant to chemical and physical wear — exactly what you’d want on a reliable watch band. 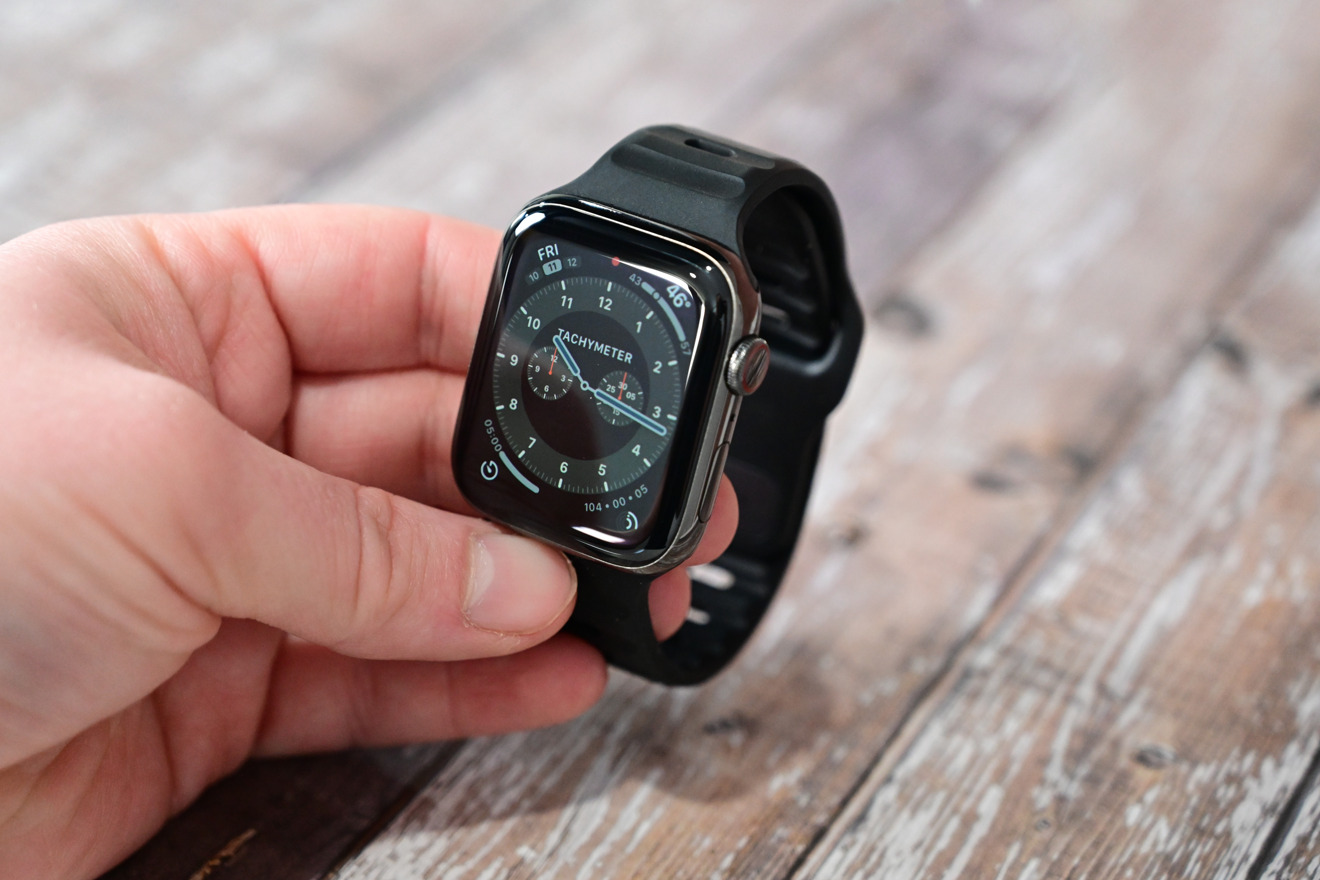 The first time we picked up the band, we noticed how hefty it was, being more a solid accessory that doesn’t feel like a light or cheap band. It can twist and bend easily, but stretches very little.

Nomad uses a custom pin and tuck closing mechanism, akin to Apple’s own bands. For the pin, it is made of aluminum that is anodized to a dark gray color. On the bottom of the pin is a Nomad logo. That pin is wide and takes a good amount of pressure to look when putting the band on. The excess part of the strap is tucked away, fitting under the other side of the strap.

A slight concave curve to the band helps prevent it from sticking to your wrist while working out or generating a sweat. The inside is also full of ventilation channels that also make it more breathable for wear. 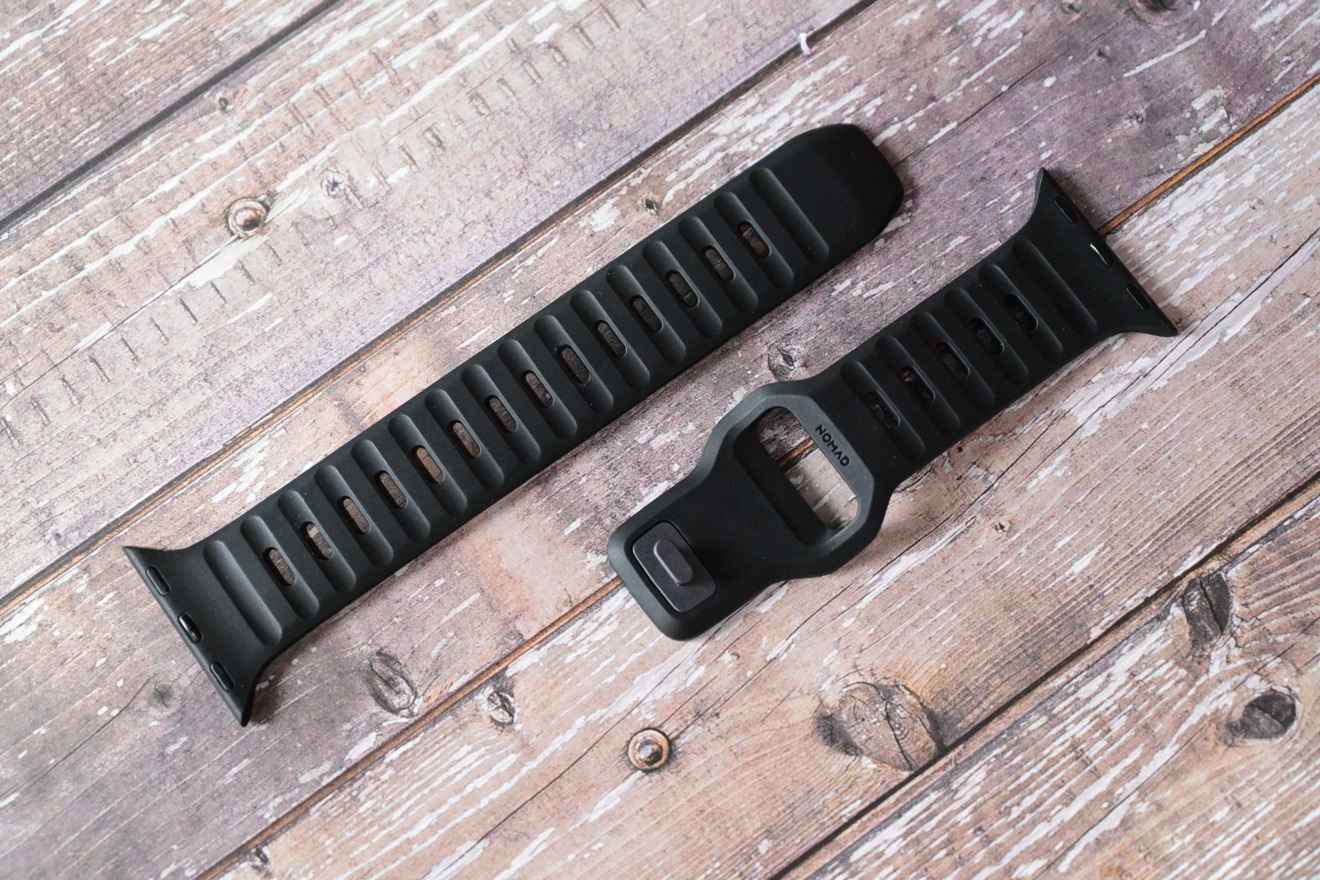 Compared to Apple’s Sports Band, the Nomad one has a similar closure, but is otherwise more rugged in every way. The pin and tuck clasp is stronger, the FKM rubber holds up more, and it overall has a more rugged appearance.

We’d say Apple’s feels softer when you touch it, and of course comes in many more colors, but isn’t as tough.

One thing that is slightly odd about the band is the number of adjustment holes. There are 14 in total that goes almost all the way to the end of the strap.

If you’d use that last adjustment hole, there is such a small amount of the strap left, it can’t be tucked into the opposing end of the band. If someone did use this hole, it would make the band much more prone to coming off if the end of the strap is hit or snagged. 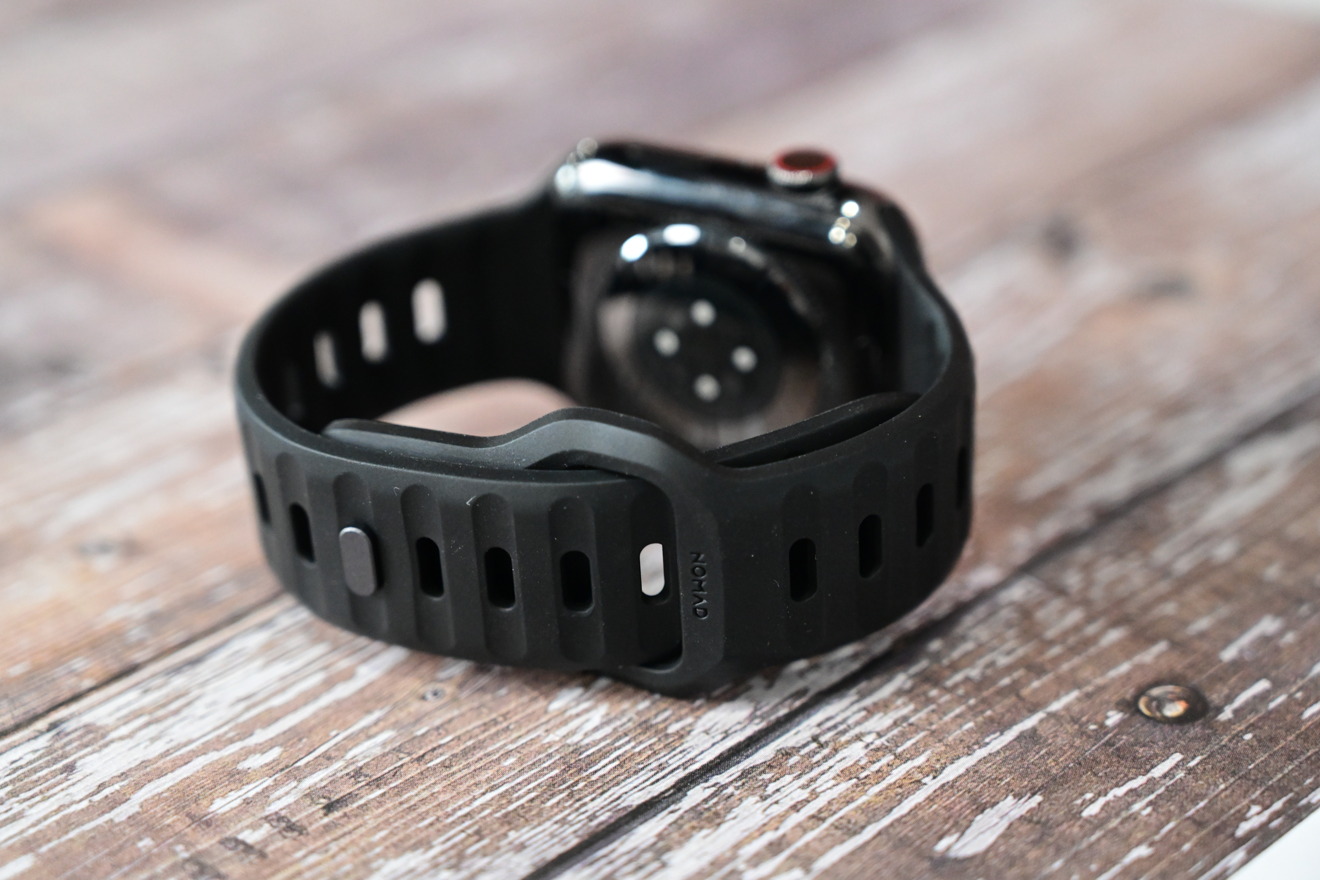 It could have made more sense for Nomad to have included fewer adjustment holes to create a cleaner appearance. While it would fit smaller wrists, it also wouldn’t have the chance to come free.

Should you buy Nomad’s Sport Strap?

Apple Watch straps are entirely up to personal taste. If you don’t want a masculine and robust band on your wrist, then the Nomad Sport Strap isn’t for you. But if you like the look of the band, you won’t be disappointed.

The band is very comfortable for us to wear, has been incredibly secure, and doesn’t appear that it will fail over time. It’s a great alternative to Apple’s sports band that has a simple appearance, with not much style outside of their color. 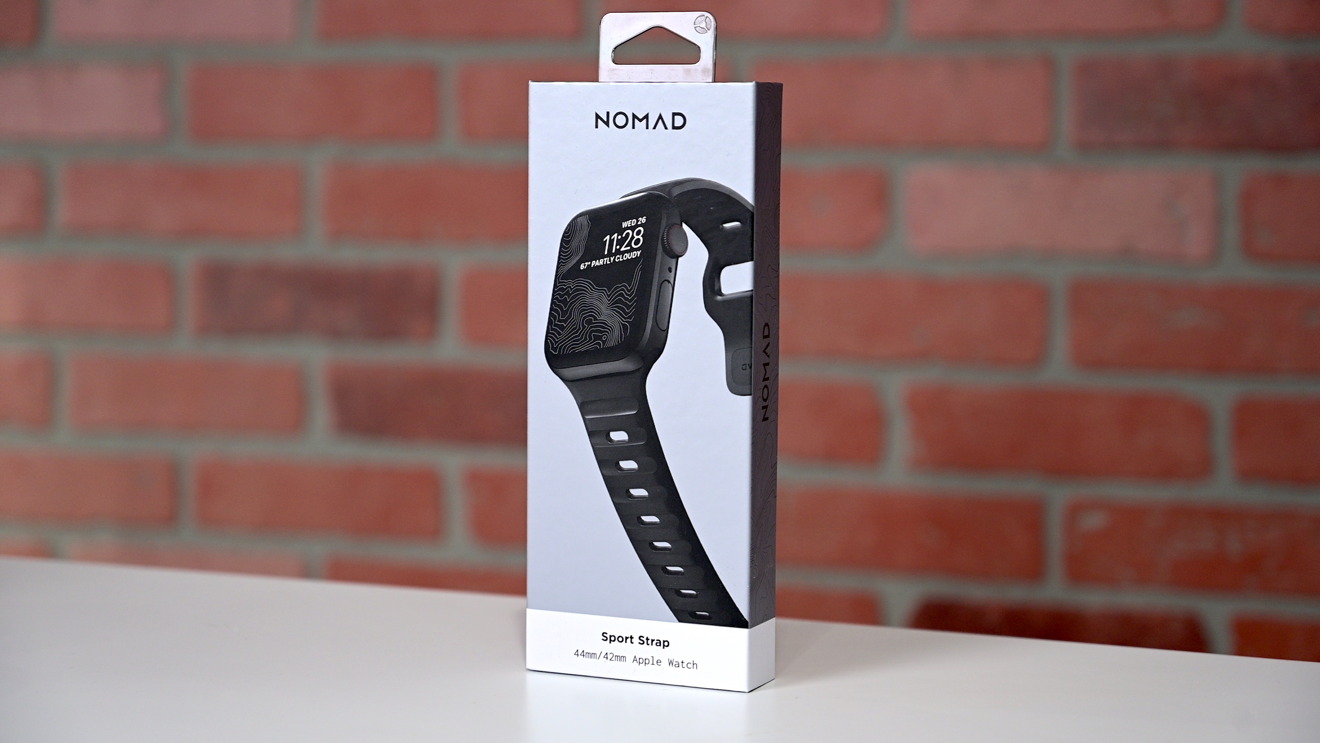 Nomad’s lineup includes the Rugged Strap with a traditional buckle clasp, several leather options in varying colors and thickness, and now the new Sport Strap. In our opinion, you can’t go wrong with any of them.