Smart video doorbells equipped with HomeKit Secure Video are just now starting to hit the market. While they offer many great features and deep integration into Apple’s smart home platform, they are still plagued by inadequacies.

HomeKit Secure Video was a bold move for HomeKit. It became the first HomeKit feature that cost users money, requiring users to pay $2.99 or $9.99 for either 200GB or 2TB of storage, enabling up to five cameras to record ten days of footage to iCloud. Users weren’t required to use any third-party apps or rely on any third-party cloud servers. This inherently made putting cameras in your home more secure and less risky.

Apple made it even better by adding the much-requested ability to add zones as well as facial recognition to HomeKit cameras. These went a long way towards improving HomeKit’s video capabilities and making them on-par with other offerings flooding the market.

I appreciate HomeKit Secure Video and have relied on it consistently inside my home. But, it falls significantly short of being ready to serve as the brains of a video doorbell.

Notifications couldn’t be more crucial on a camera at the entrance to your home. They alert you to visitors, packages, or uninvited intruders. Too few, you miss things. Too many, you stop looking at them.

Upon first setting up my HomeKit Secure Video Doorbell, I almost immediately was inundated with notifications. They came in repeatedly and quickly, without pause. This is the default state and, in practice, was near unusable as lights, leaves, tree branches, and ribbons from Christmas decorations continued to trip the motion sensor.

To make the barrage more manageable, I used HomeKit’s abilities to only allow specific notifications. I tailored them only to show when a person or car is detected. This still yields excessive alerts for me. What happens is because my car is parked in front of my door, some errant motion would trip the sensor. Then the AI video analysis done on my Home Hub determines that there is a car in the frame, and thus I get alerted that a vehicle was detected— even though it’s mine, and it never moved.

The AI still has work to do as well when it comes to person detection. Too often has my doorbell notified me that a “person” was at the door when there was no one around. Somehow a minute amount of background motion trips the camera, and HomeKit’s analysis identifies a person, despite the lack of one.

While sometimes I got alerts there was a person when there wasn’t, I also had the inverse happen. 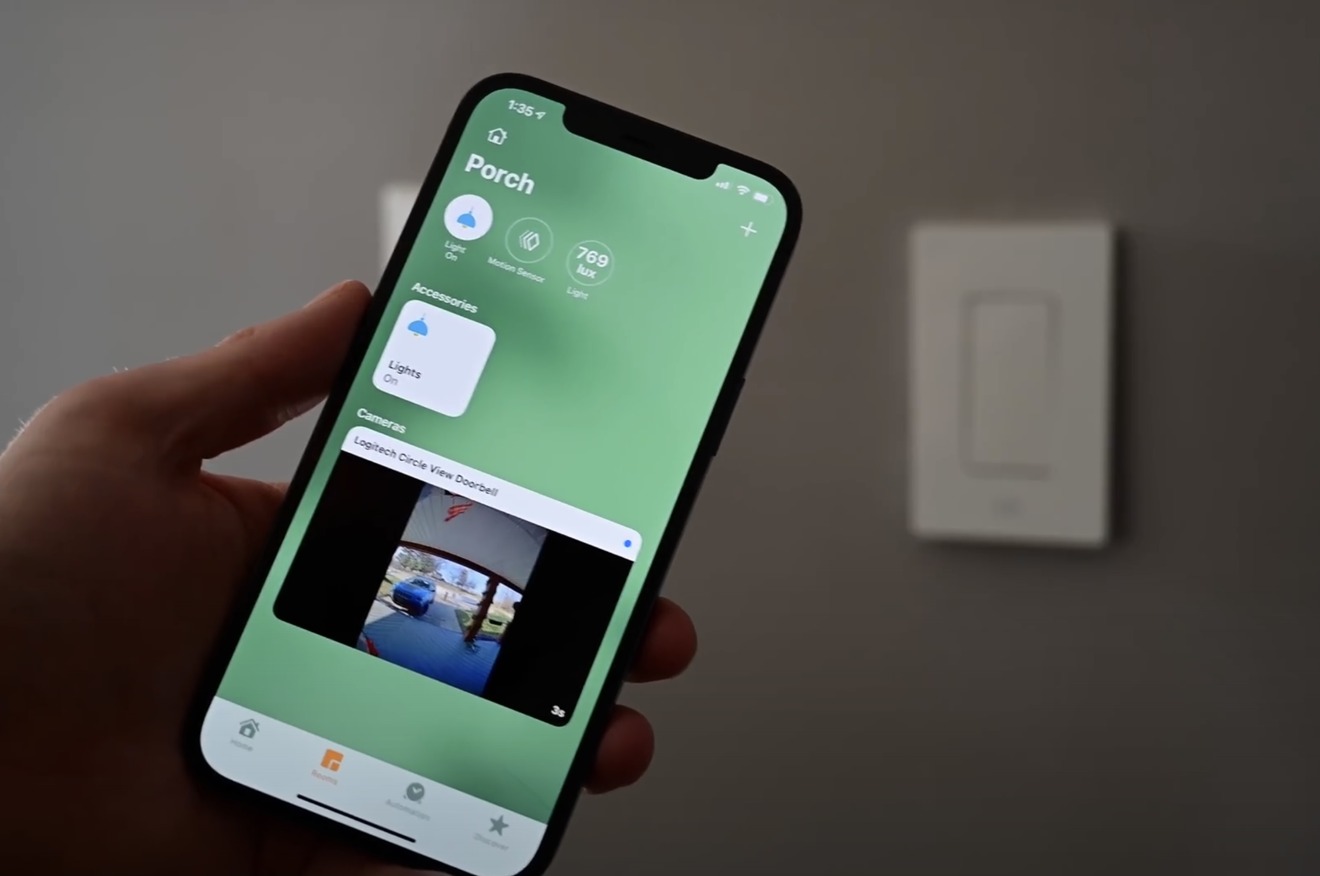 A HomeKit video doorbell in the Home app

There have been times where I found a package on my porch, and yet there was no recording of the delivery driver bringing it up or a notification. Somehow the AI decided that it wasn’t a person carrying the package and thus didn’t alert me or record any video. This is disconcerting for a device that is supposed to be protecting my home.

A small amount of this is due to early hardware. In particular, Logitech uses video analysis to detect motion, which isn’t as accurate as a PiR sensor, which can have its sensitivity adjusted. A PiR sensor is more accurate than video analysis at detecting motion and could save some of the hassles I’ve been experiencing, but only a small amount.

Even with a PiR sensor for detecting motion, it still doesn’t alleviate the issues with Apple’s erratic notifications and inconsistent video analysis done by your Home Hub.

I hate to be pessimistic as HomeKit has made giant leaps in 2020. We saw significant enhancements to HomeKit video, HomeKit Secure Video doorbells launched, we got our first two HomeKit air purifiers, Apple launched Adaptive Lighting, we saw the launch of Thread on HomeKit and more. 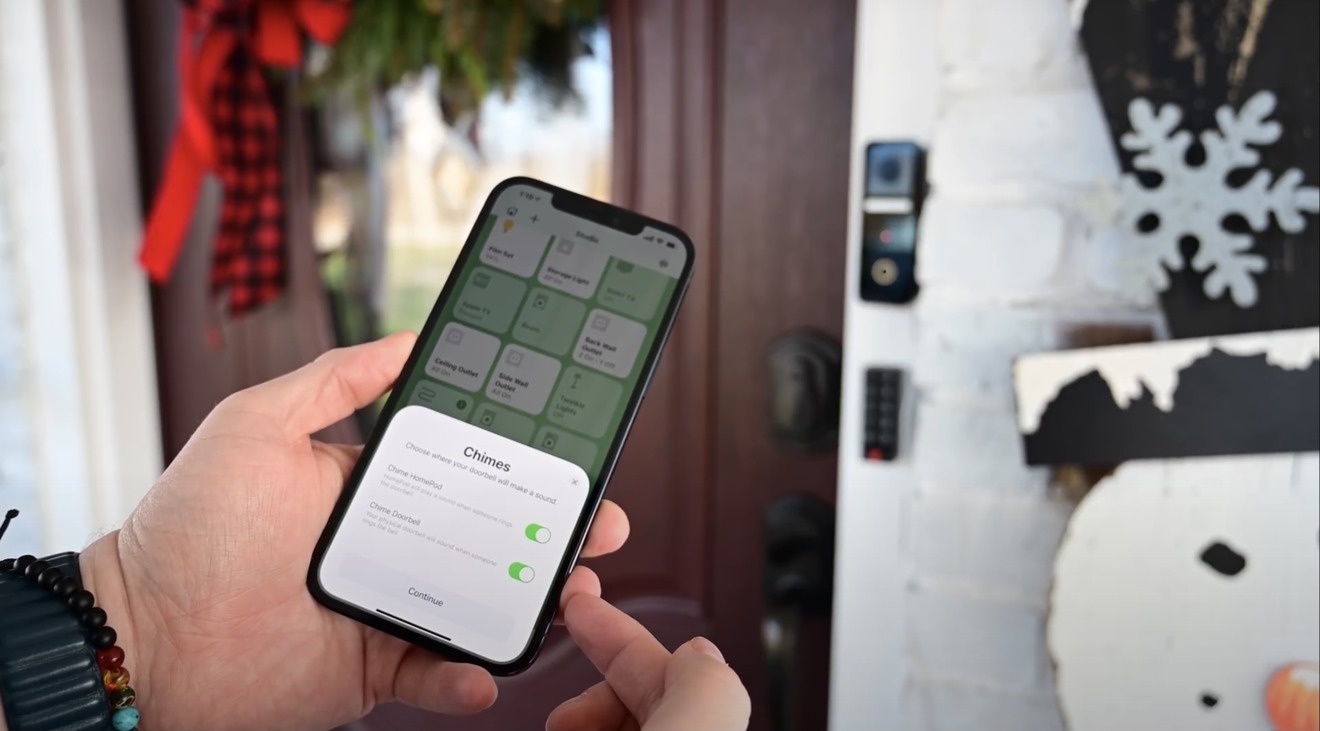 HomeKit is still fantastic, and doorbells have many benefits including chiming on HomePod

There are a ton of benefits to a HomeKit doorbell. The ability to ring your HomePods and appear on your Apple TV is amazing, and any other smart doorbell can’t do this. And then, there’s the integration with other HomeKit accessories such as lights or door locks.

Even with the issues outlined above, I still find it worth having a HomeKit Secure Video doorbell. I do have the ability to put up with more problems than your average user does or should have to.

While I’m sticking with it, HomeKit isn’t ready for your own front door today. Here’s hoping Apple has some improvements in store for 2021.