Bluetti is releasing its new EB3A Solar Generator in the United States on June 14, a portable 268Wh power pack that can be recharged via a solar panel or by an outlet.

First introduced during CES 2022, the Bluetti EB3A is part of the company’s power station line that is intended for mobile use. Ideal for an RV or for camping, the unit can keep essential devices powered up while on the road, or far away from civilization.

With a capacity of 268Wh, the unit is able to charge up to nine devices at once. Equipped with two AC outlets that can output up to 600W if required, it also includes other ports including two USB-A connections and a 100W USB-C port.

Key to its utility as a portable power station is the EB3A’s ability to recharge via multiple methods.

Like other units, it can be charged via an outlet, with it able to do so at up to 268W normally, or at 430W under Turbo charging. If you need to recharge it via an outlet as quietly as possible, the Silent mode can do so without turning on the fan, while still recharging at up to 100W. 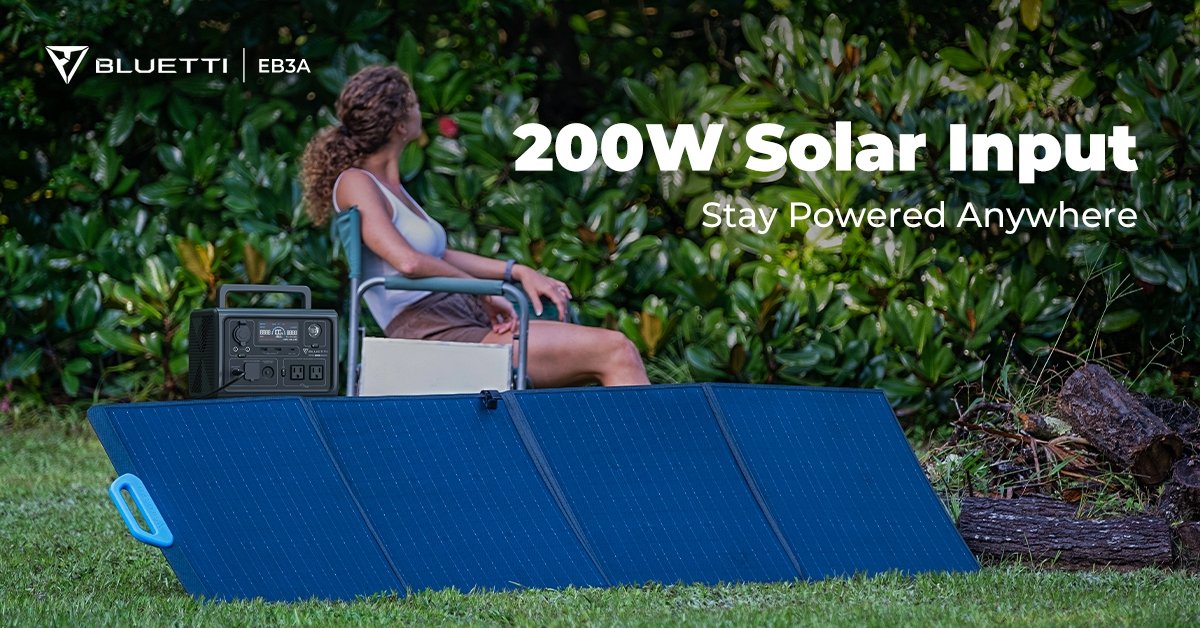 Recharge the Bluetti EB3A while on the move via solar power, an outlet, or both at the same time.

However, you can also hook the EB3A to solar panels or a fuel-powered generator, so it can regain charge while at a remote location. It is even flexible enough to take power from both DC and AC sources simultaneously.

It also recharges rapidly, with a standard mode charge from an outlet taking about 1.5 hours, 1.3 hours under Turbo. A 200W MPPT solar charge will fill it to capacity in around 2.5 hours, though combining AC charging with solar can bering the charging time down to just 1.1 hours.

At its fastest, you can go from empty to 80% charge in as little as 40 minutes.

To ensure you always have power, Bluetti uses the LiFePO4 battery cell for durability. It can manage over 2,500 charging cycles to 80% of its original capacity, meaning you’ll be able to use it for a very long time. 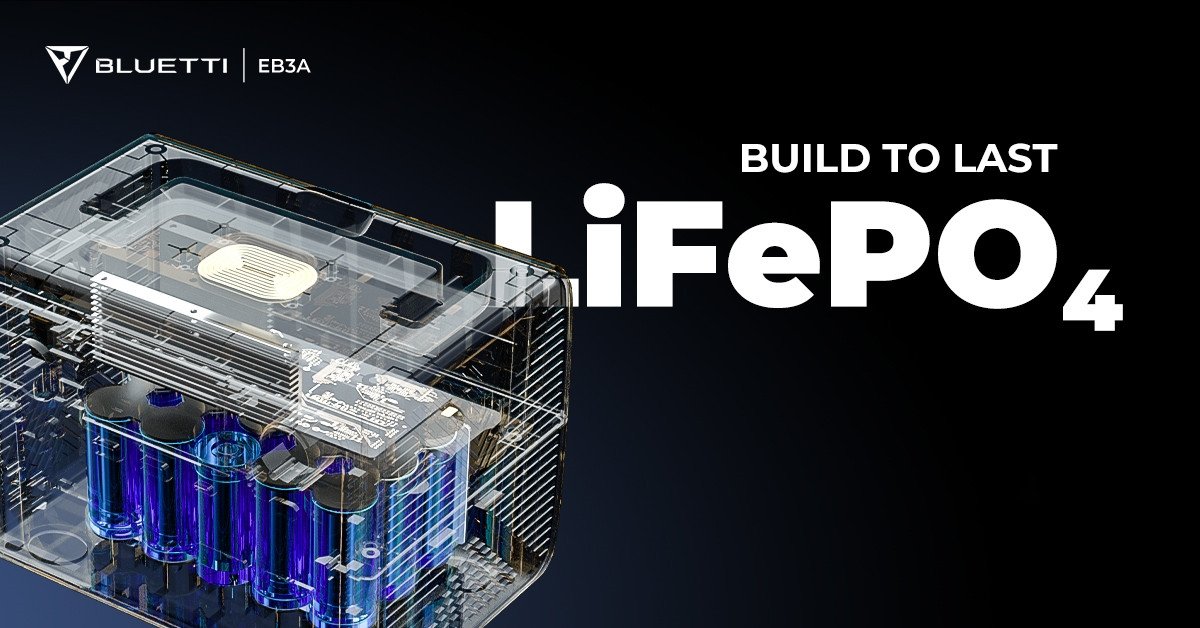 Using the LiFePO4 battery cell, the Bluetti EB3A offers a usability time in excess of 2,500 recharges.

Using the LiFePO4 battery cell, Bluetti insists it can charge faster, last longer, and is safer than the lithium-ion cells used in most other power stations and battery banks. A built-in Battery Management System helps improve the battery utilization and extend its service life by protecting against short circuits, over-current events, over-voltage charging, overloading, and overheating.

To keep tabs of how the EB3A is running, you can use the new LCD screen to check the remaining percentage of charge, how long it has left to recharge, and its input and output power levels. A companion app even allows you to check from your iPhone at any time, and to update the firmware anywhere in the world where you can get cellular signal. 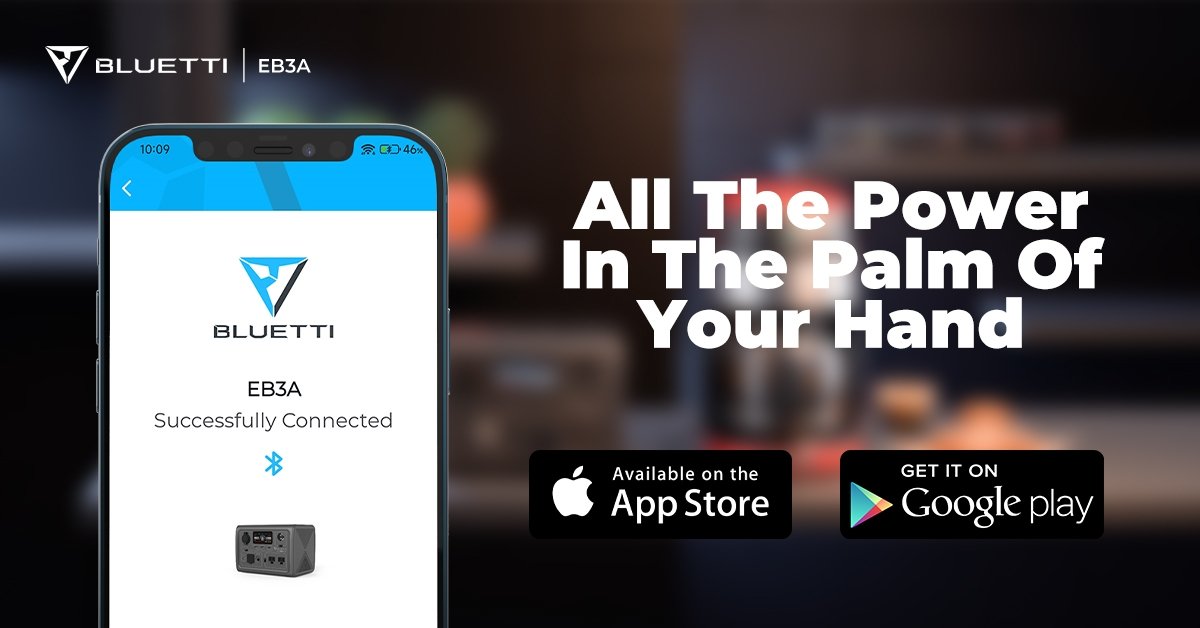 Use the iPhone app to check in on how the Bluetti EB3A is recharging, or how much power is left.

Preorders start on June 14. Shipments of the Bluetti EB3A will start one week later. Pricing has yet to be announced, but an early-bird discount of 20% off is being offered to subscribers of the company newsletter.