In 2021, Apple ranked third in gaming revenue amongst global public companies, just behind Sony and ahead of Microsoft.

The iPhone maker pulled in an estimated $15.3 billion in total games revenue throughout 2021, an increase of 17.7% year-over-year, according to analysts at NewZoo.

In first place was Tencent, a Chinese company that owns titles such as “League of Legends” and “PUBG Mobile.” The company earned $32.2 billion in 2021, 9.9% higher than the previous year. Sony took second place with $18.2 billion in revenue, though that represented a 2.3% decline year-over-year.

Alongside Google, Apple is one of the largest platform holders for mobile gaming. While Apple has its own gaming service, the vast majority of its gaming revenue is undoubtedly sourced from third-party games on the App Store.

Both Apple and Google take between a 15% and 30% cut of app and in-app purchases on the platform.

The report notes that hardware-centric provides like Microsoft, Sony, and Nintendo did not grow as much as expected. Pressures on the supply chain hampered all three.

However it also says that big mergers and consolidations will impact the 2022 calendar should everything come to fruition. Sony has recently acquired Destiny developer Bungie, and Microsoft is purchasing Activision/Blizzard. 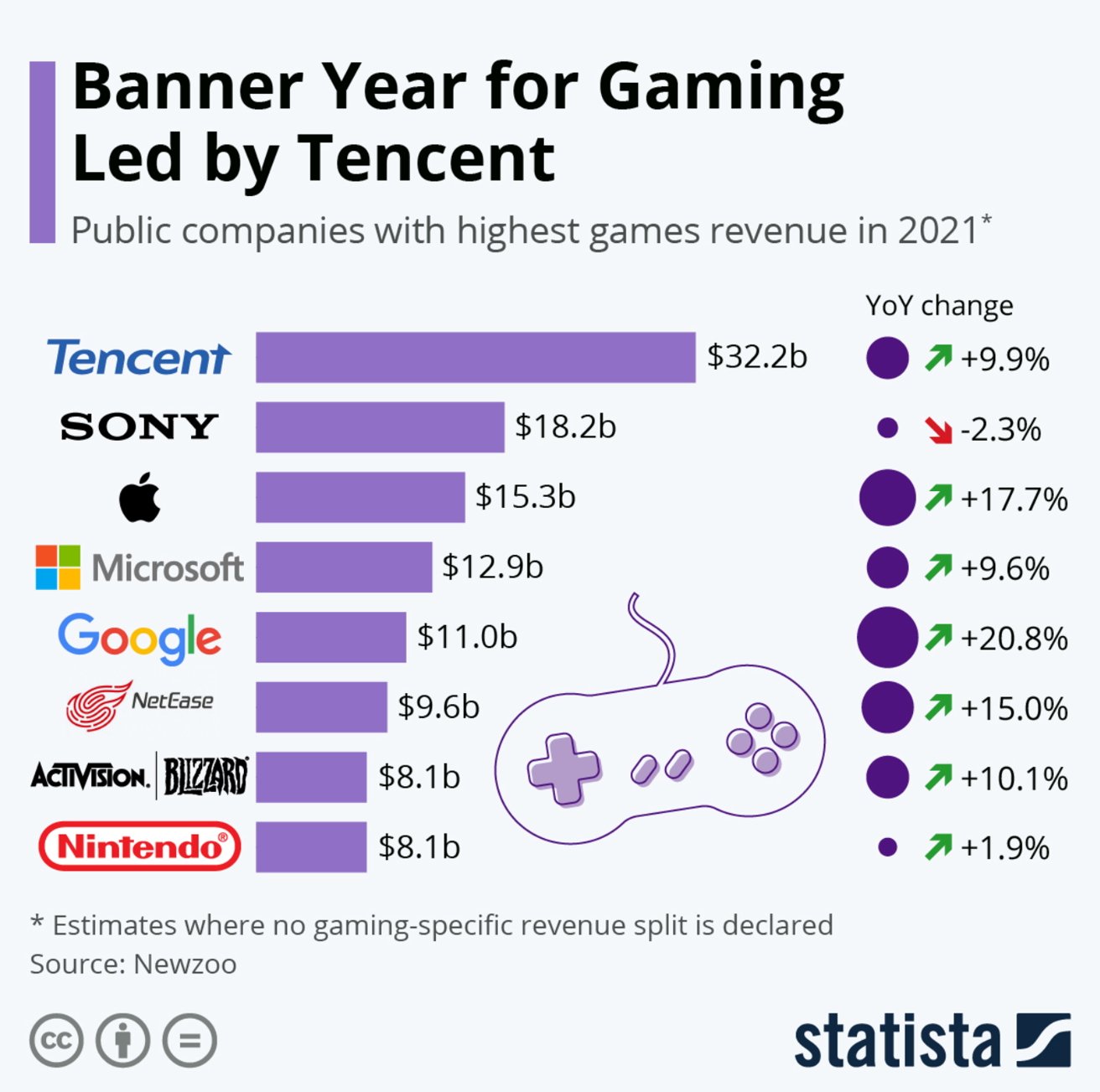 This is not the first time that Apple has outpaced traditional gaming companies. In 2019, the Cupertino tech giant was said to have earned more from gaming than Nintendo, Microsoft, Activision-Blizzard, and Sony combined.

Apple does not break out revenue by individual app categories in its overall Services revenue. However, gaming is known to be a massive revenue driver for the company’s Services segment.