Apple is planning to add the first-generation iPad Pro to its vintage products list at the end of June, the company announced this week in an internal memo distributed to Apple Stores and Apple Authorized Service Providers.

A product becomes “vintage” after more than five years have passed since Apple last distributed the product for sale. Vintage products were previously ineligible for service at Apple, but Apple Stores and Apple Authorized Service Providers now offer repairs for vintage products for up to an additional two years, subject to parts availability.

Released in November 2015, the original iPad Pro featured a 12.9-inch display that was significantly larger than the 9.7-inch display on all prior iPad models. Alongside the device, Apple introduced the Smart Keyboard for iPad and the Apple Pencil, which made the iPad Pro more of a direct competitor with hybrid tablets like Microsoft’s Surface. The Smart Keyboard magnetically attached to the iPad Pro’s new Smart Connector.

The original iPad Pro also featured Apple’s A9X chip, an 8-megapixel rear camera, a Home button with Touch ID, and four speakers. In the United States, pricing started at $799 for a Wi-Fi-only model with 32GB of storage, with LTE models also offered.

In addition, 32GB models of the iPhone 6s and iPhone 6s Plus will also be classified as vintage at the end of June, the memo says.

Oddly, multiple sources advised MacRumors that Apple’s memo says the “Apple TV HD” will also be classified as vintage at the end of June, despite Apple continuing to sell the device with 32GB of storage. 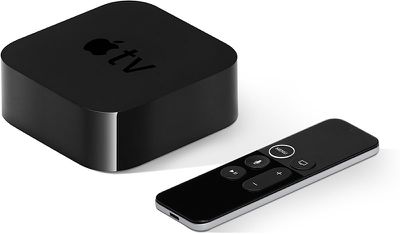 Even if the Apple TV HD were to be discontinued at Apple’s upcoming WWDC conference, it would be far too soon for the device to be classified as “vintage” per Apple’s current definition, as it would be nowhere near five years since distribution ended.

The Apple TV HD was first released in October 2015 as the fourth-generation Apple TV and was rebranded after the Apple TV 4K launched in September 2017. Alongside the Apple TV 4K, the Apple TV HD also started to be bundled with a slightly modified Siri Remote with a white circle around the “Menu” button, but it has still not been over five years since that change happened, so that does not appear to be a plausible explanation either.

One possible explanation is that “Apple TV HD” is a typo and Apple actually meant to refer to the “Rev A” edition of the third-generation Apple TV, which was discontinued in October 2016 but remained available for some time after that as backorders were fulfilled, meaning that the device may just now be reaching five years after last being distributed.

According to analyst Ming-Chi Kuo, Apple plans to release a new Apple TV in the second half of 2022.

Apple’s memo says the iPhone 4S will be classified as “obsolete” at the end of June. Products are considered obsolete when Apple stopped distributing them for sale more than seven years ago, and are no longer eligible for hardware service except in a few regions.

Apple announced the iPhone 4S in October 2011 as the first device with Siri. The device featured a similar design as the iPhone 4, with features including a 3.5-inch display, an A5 chip, a 30-pin Dock Connector, and an 8-megapixel rear camera.